A day after teasing the MBUX infotainment system and a day before actually revealing it, Mercedes is providing a quick glimpse of the S-Class W223’s giant central screen. The free-standing display seems to be one of the largest in the automotive industry, although it doesn’t seem as big as Tesla’s gargantuan 17-inch setup.

The adjacent teaser video shows Markus Schäfer, a member of the Daimler board, hopping behind the wheel of the new S-Class. Not just any S, but a plug-in hybrid version with a pure electric range of around 62 miles (100 kilometers). While he didn’t specify the testing regime, the EV range is probably calculated based on WLTP. 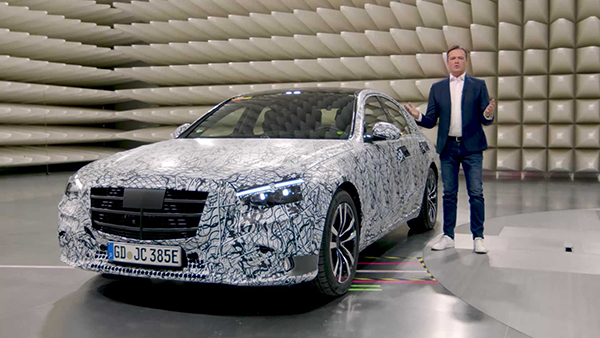 Not only do we get to see the XXL display, but Mercedes is also providing an early look at what we assumed the S-Class had when those revealing images popped online a few weeks ago. We noticed a large hole in the dashboard, in front of the steering wheel, leading us to believe that was a next-generation head-up display with support for augmented reality for navigation. That’s exactly what it is – a new HUD using the same AR tech Mercedes has implemented in MBUX-equipped cars since the latest A-Class debuted in 2018. 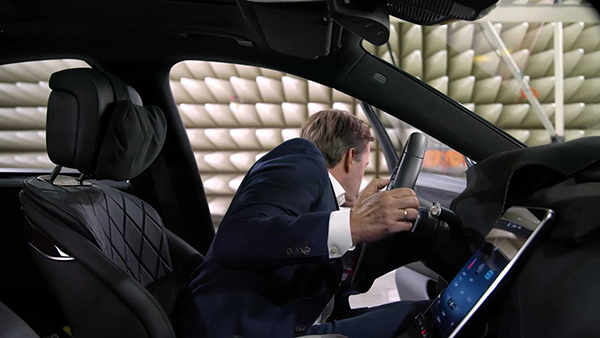 While this particular S-Class PHEV prototype appears to have conventional door handles, we’ve seen prototypes undergoing testing with electronic pop-out handles that remain flush with the doors when not in use. Whether they’re reserved for the Maybach version or not remains to be seen. 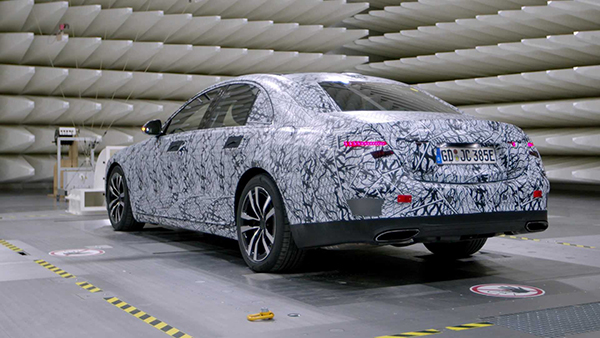 The new S-Class will be revealed gradually in the following months, leading up to the big debut scheduled for September. It will be available with standard and long wheelbases, along with the further stretched Maybach. Four-, six-, and eight-cylinder engines are planned, along with PHEV versions, and an AMG S63. The S65 is not returning, but the V12 will live on in the Maybach-branded S-Class where it will be coupled to 4Matic all-wheel drive for the first time.