Mercedes’ teaser campaign for the new S-Class is in full swing, but that’s not stopping us from sharing with our audience additional spy shots of the fullsize premium sedan. The luxobarge from Sindelfingen has been spotted up close and personal undergoing testing with less camouflage than ever before to reveal more of the final design details. 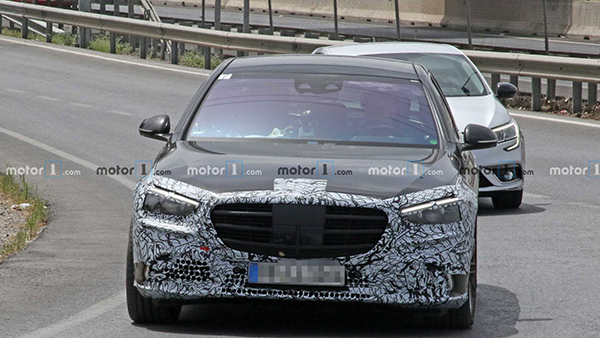 The sleeker headlights and pop-out door handles are the biggest novelties at a first glance, but we’re noticing additional changes compared to the outgoing S-Class. Located just below the beltline, the upper character line now extends from front to back to create a visual connection between the headlights and taillights. The electronic handles have been moved slightly lower on the doors, while the lower character line is flatter compared to the W222. 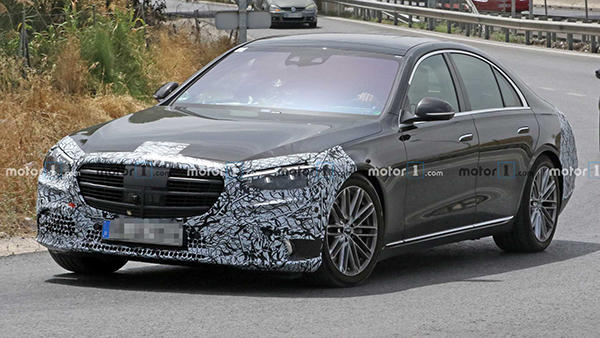 Similar cues include the greenhouse and generous rear overhang of what seems to be the standard-wheelbase S-Class. Mercedes has already confirmed there will be a LWB model along with the extra-long Maybach derivative, which is expected to remain the only S model to offer the V12, now with AWD. We’re getting the impression the silver car is a higher-end trim level judging by the bigger wheels and silver exhaust finishers. 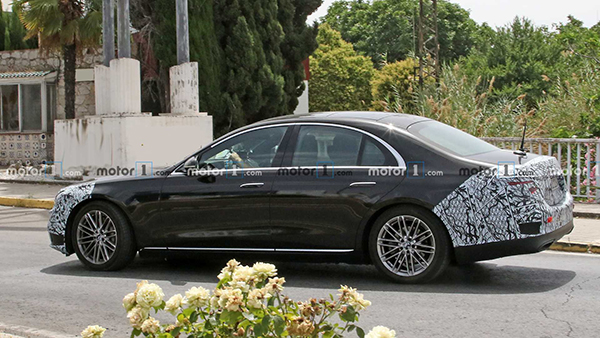 Speaking of the rear end, by far the biggest change will be the switch from vertical to horizontal taillights extending on the trunk lid. You can actually see the reverse lights peeking through the camo on the trunk, thus signaling the new S-Class W223 will follow recent sedans carrying the three-pointed star. The trunk seemingly has a wider opening at the bottom than before, which should make it easier to load and unload the cargo area. 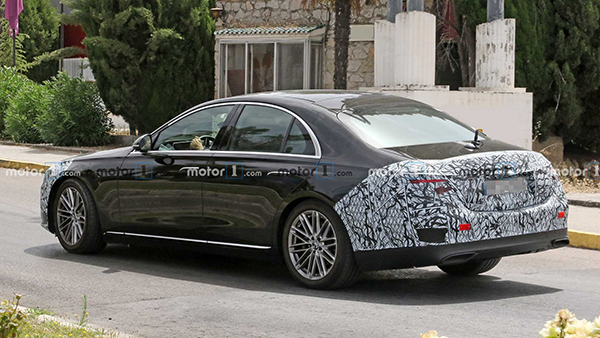 Mercedes didn’t bother to cover the interior because it pretty much revealed it last week in a comprehensive preview of the sedan’s screen-heavy dashboard. The two prototypes of the BMW 7 Series rival look virtually ready to hit the assembly line, and if we were to nitpick, we had hoped for better integration of the radar sensor and camera on the front grille. They stick out too much and interfere with an otherwise clean design. 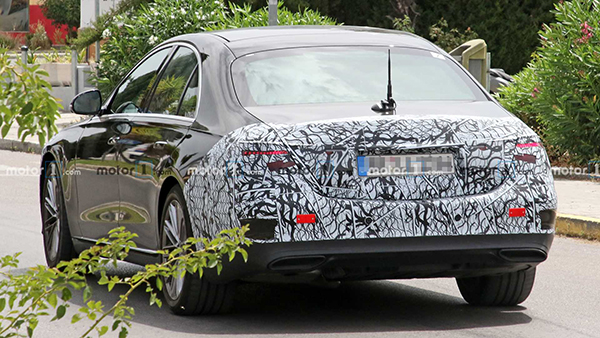 Additional pieces of the S-Class puzzle will fall into place on July 29 when Mercedes will reveal more about the comfort and safety features of its overhauled flagship. Come August 12, the interior – beyond its up to five screens – is going to be detailed in the build up to a full official reveal scheduled for September.