Mercedes-Benz S600 W140 Redesign: Bringing back the best S-Class of all time

Older vehicles getting modern updates is nothing new in the world of fictional renderings. Good artists like The Sketch Monkey offer glimpses of things that could’ve been, but this time around it’s a bit different. That’s because we already know what a modern Mercedes-Benz S-Class looks like. Mercedes still sells its flagship sedan, and actually, the W223 generation is all-new for 2021. 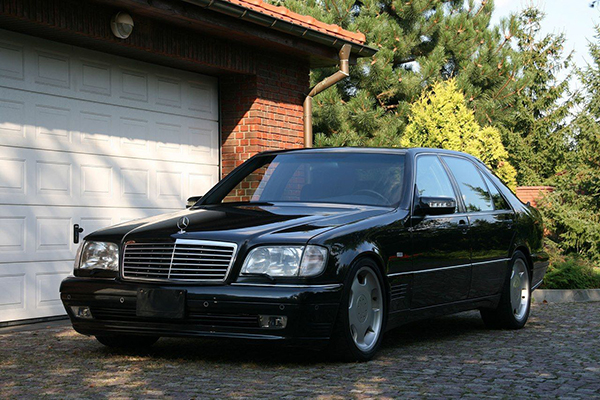 This time around, the exercise isn’t about reviving and modernizing a long-dead platform like the Ford Crown Victoria. Instead, it’s a reimagining of what many folks still think of when you say Mercedes-Benz. The W140 S-Class generation from the 1990s was boxy, elegant, and in the eyes of many car fanatics, it endures as a pinnacle of Mercedes design and engineering. That said, it definitely looks a bit dated.

We’ll let readers decide if that’s a bad thing, but The Sketch Monkey decided to infuse the old 140 with some fresh design features. Rather than go with the brand new S-Class, the previous-gen Merc from 2014-2020 was called into service. The plan was simple – shrink the greenhouse, add bigger wheels, strengthen the beltline, nix the ’90’s two-tone, and dress up the front clip with lights, grille, and fascia from yesterday’s W222 model. Sadly, the update eliminates the infamous wiper blades for the lights. But a revamped version of the three-LED lamps certainly looks good on the boxy old Benz.

This front-side W140 update was actually a sequel to a rear W140 rendering done back in December (video above). The smaller greenhouse is the same, as are the snazzy wheels. But from the back, there’s far less influence from later S-Class models. Instead, the geometric lines of the W140 are simply updated with modern trends such as the trapezoid exhaust outlets and connected taillights.

Are the sharp lines of the classic W140 compatible with more organic shapes of modern vehicles? Let us know your thoughts on this curious makeover.