Mercedes-Benz is clearly targeting bragging rights with its latest plug-in hybrid S-Class executive car. The most advanced car on sale? That’s what the Sonderklasse has always strived to be, but this new S580e’s targets must have included its electric-only range. 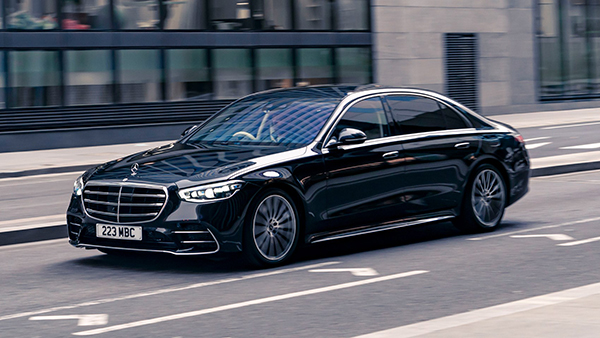 Why? Because Mercedes claims it can do up to 62 miles on a charge without the engine ever turning on, beating even the new Range Rover by some margin and all its luxury limo rivals, whether they be the Audi A8 60 TFSIe or Bentley’s Flying Spur Hybrid. We’ll have to wait and see what the upcoming new 7-series can do.

Digression about e-range aside, Mercedes has put real thought into its latest S-Class PHEV. But then it has to, if Stuttgart wants to remain on top of the luxury game. 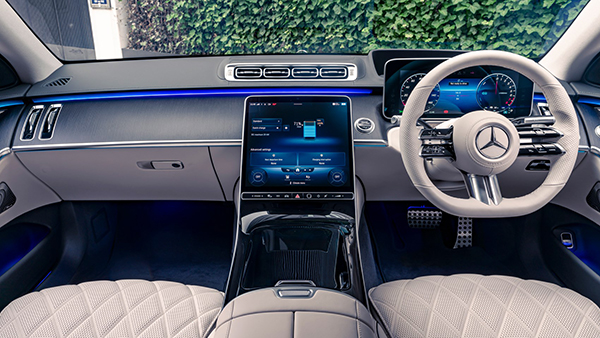 Tech overload!
But when is an S-Class not overloaded with technical wizardry? While the traditional saloon does without the frippery of a Hyperscreen seen on the new EQS, the S is laden with advanced features.

All of it pretty much requires you to be heavily involved in the Mercedes digital ecosystem. It’s best to create a Mercedes Me account and use the app to pair your profile to the car directly. Then, you can use biometrics (your face, fingerprint or voice is scanned) to unlock all the car’s benefits.

Like any S-Class, the My MBUX system learns your habits like your rough commute times, or if you call someone at a specific time, or a meeting in your calendar, it’ll start suggesting navigation directions or the option to call them to you. The voice assistant itself is one of the most sophisticated we’ve ever tried, and we asked it everything from what it thought of rival car makers and what the weather’s like at our destination, to turning off the augmented-reality head-up display or giving us a ‘hot stone’ massage. It even started suggesting ‘programs’ under its Energising Comfort suite of wellbeing activities on long journeys.

All of this is integrated into a rather flashy cockpit filled to the brim with soft leather chairs, a massive veneer panel and clean centre console. The driver’s instruments have a 3D effect – just because Mercedes can – and the interior lights come on at night if you reach into the passenger seat to grab something. Even the doorhandles pop out on your approach. Spooky. 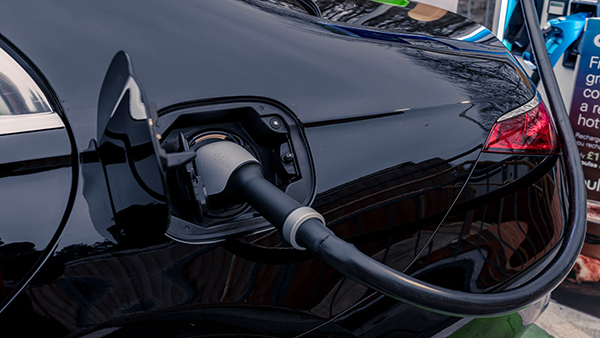 Can it really go far on electric power?
Well, the on-paper numbers are impressive. The S580e L (bit of a mouthful, but Mercedes says the S-Class PHEV is only available in long wheelbase form, hence the ‘L’) has a 28.6kWH battery – literally twice the size of the Flying Spur Hybrid.

As well as a claimed 62 miles of e-range, Mercedes claims a bafflingly high 353.1mpg. Of course, that fuel economy figure is daft but, during our time with it we saw a max e-range of 57 miles and fuel economy on longer journeys with motorway stints pushing north of 50mpg. That fuel economy number is something even the S350d diesel with a light-footed driver can’t claim. 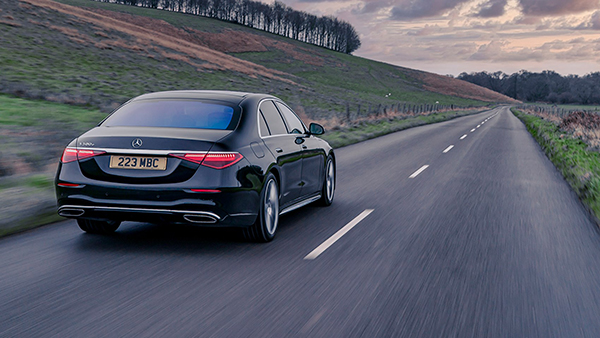 So how does the S-Class PHEV drive?
Small journeys are a breeze and almost feel guilt free – an odd feeling when you’re driving 2.3 tonnes of aluminium, CPUs and cream cow skin. And it doesn’t accelerate like a milk float under e-power, either – while you’ll be burning away precious range much faster, the S can zip away respectfully from a standstill without so much as stirring the straight-six. And when you do, the horizon comes at you a whole lot quicker; the S PHEV is not a slow car. But then again, you want it to be fast to make sure you can make that next business meeting. The engine is a little raspy, but you can’t fault the whump of torque you get from it and the e-motor combined.

That huge e-range gives you the ability to waft in near-silence, with the only noise being the odd thud from the suspension. Tyre noise and wind noise is impressively well-suppressed – something you almost expect for a limo at this price point, yes, but still truly commendable.

As for the ride, it’s supple and smooth… most of the time. It’s only really knocked off balance by particularly large potholes at low, urban speeds – climb the speedo or take on the motorway and it’s like a magic carpet. It feels even smoother when you’re not driving. 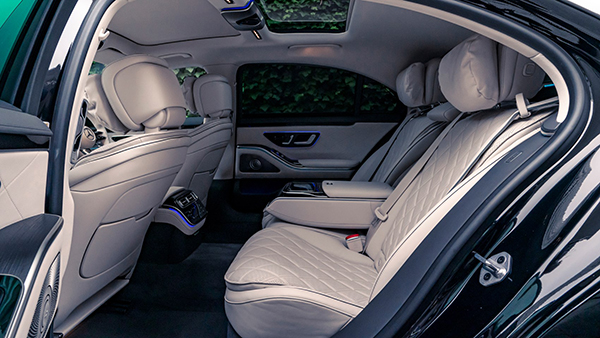 Of course, in the handling department, it’s a little belligerent when you want to thrash it around corners – it has a stab at remaining stable, but the sheer weight of the car tilting side to side on that floaty suspension is a little too much for it to take.

The only real fly in the ointment is the dead brake pedal. Given it’s a PHEV, it’s always out to recoup energy, so it knows if a junction or speed limit change is a head, or if you’re getting close to the car in front and applies its own regen forces. But, while it’s doing that, it means the brakes themselves become inconsistent; in trying to help you out, it gets in the way a little.

Mercedes S-Class plug-in hybrid: verdict
While there’s a bewildering amount of technology on board, the S remains a slick, stealthy and silent executive express. Wonky brake pedal aside, the ability to cruise in silence for a considerable duration is supremely impressive, making the PHEV the best version of this current generation of S-Class.