Posh SUVs might be encroaching on its turf but once again the S-Class pushes boundaries with game-changing technology and an even greater focus on refinement. The 400d offers petrol-like performance and almost 40mpg, while the upcoming 580e PHEV leaves rivals scrambling for a charging cable. 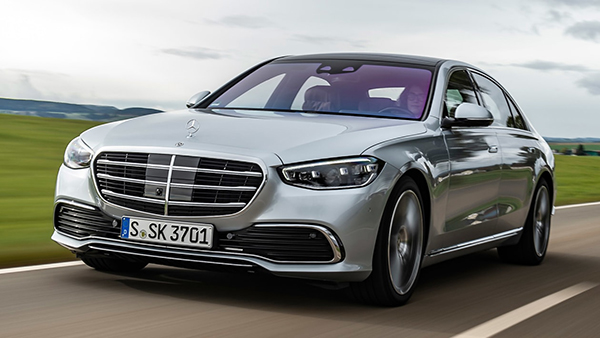 For decades the Mercedes S-Class has been the go-to luxury limo for fat-cat CEOs, high-ranking European officials and anyone else looking for maximum luxury in a discrete wrapper.

Every generation has pushed the boundaries of both luxury and technology – the S-Class was the first car to feature modern four-channel anti-lock brakes and adaptive cruise control – and the new one is no different, though you might have to look close to spot the slimmer headlights and retractable door handles that mark it out from the old car. 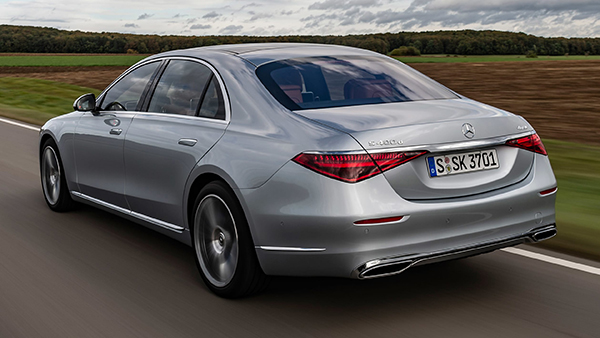 Priced from £78,705 for the entry-level S 350d AMG Line, this new S (W223 for Merc geeks) will be the first car available with Level 3 autonomous driving capability when law allows in certain markets next year. Where Level 2 systems only allow you to take your hands off the wheel for a few seconds at a time, Level 3 means the car can assume full control on motorways during daylight hours.

Stuck in slow-moving M25 traffic for an hour? If that traffic is moving at less than 37mph the S-Class is happy for you to kick back and watch a film or catch up on the morning papers. We experienced it from the passenger seat in a demonstration at Mercedes’ test track, and while there’s clearly some software tuning needed to smooth the car’s slightly paranoid reaction to cars around it, it’s clearly a significant step towards full autonomy. 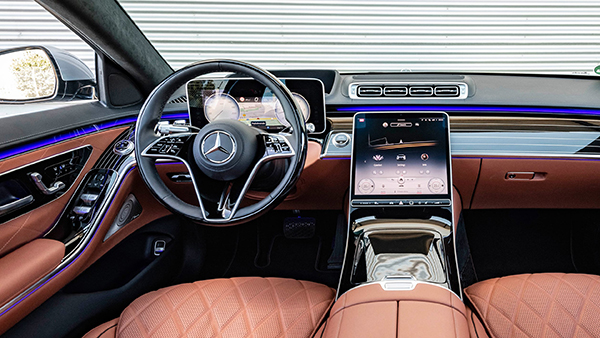 But enough about autonomy – what’s the S-Class like to drive? The most immediate answer is: incredibly quiet. When most carmaker’s crow about the attention they’ve paid to aerodynamics it’s usually because they’ve generated an elephant’s worth of downforce to help a car knock two seconds off a lap time. But for the S-Class all that effort went into making the cabin as library-like as possible. And apart from a rustle of wind around those surprisingly low-tech door mirrors at 70mph, it’s a job well done.

Even the diesel engine in our £94,135 S 400d was almost inaudible, except under hard acceleration. A turbocharged 2.9-litre six-cylinder, it’s more refined than some carmaker’s petrol engines, and goes better than some of them, too. With 325bhp and 700NM working through all four-wheels (a first for UK S-Classes) the S 400d 4Matic reaches 0-62mph in just 5.4 seconds, and yet Mercedes claims 38.7mpg. 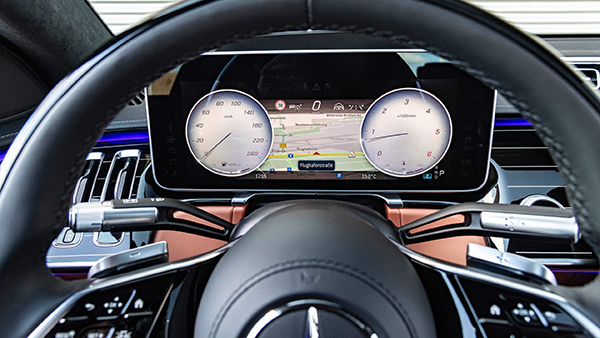 Ride comfort at motorway speeds is equally impressive, adding to the impression of refinement, though drains and potholes in urban areas aren’t always dismissed quite as perfectly as you’d hope. Then again, you could always drive round them. The S-Class handles surprisingly tidily for such a big car, with precise steering and minimal body roll, though it’s definitely been tuned with comfort in mind. Air suspension is standard but if you like to hurry, you’ll want the optional active body control (ABC) system.

The big dynamic advance is the optional four-wheel steering. The technology has been around for decades, but it’s never been used as aggressively. With up to 10deg of rear steering available a four-wheel steer S-Class has the same turning circle as an A-Class hatch.

Equally clever technology inside the stunning super yacht-inspired cabin includes an optional head-up display that features animated chevron graphics overlaid on the view ahead when the navigation is enabled, helping you see which exit to take at junctions and roundabouts. 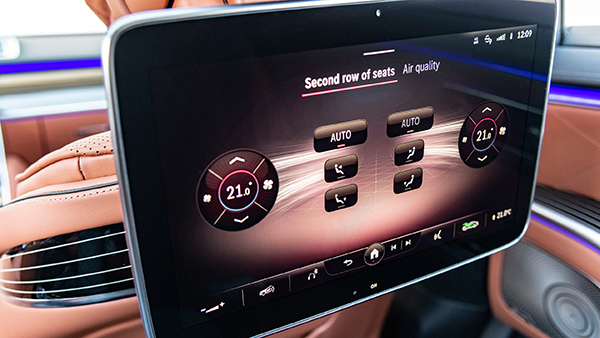 The 12.3-inch digital instrument display below it has a 3D effect that’s showcased best when in navigation map mode, but the real star of the cabin is the huge, high-resolution 12.8-inch Tesla-like OLED centre touchscreen that comes with the latest MBUX infotainment software.

It’s fast, offers useful haptic feedback and the ‘Hey, Mercedes!’ voice activation seems to understand most commands. Crucially, given many owners might only experience the S-Class from the back seat, the system will recognise voice commands no matter where you’re sitting. In long wheelbase form (mandatory with the 400d) those rear passengers benefit from an additional 110mm of space between the front and rear wheels and electrically adjustable seats. Boot space in both versions is up 20 litres to 550 litres.

Other engines available in the UK besides the S 350d and S 400d included a 429bhp mild-hybrid six-cylinder S500 petrol, and later, an S 580e PHEV. Combining a 3.0-litre petrol engine with a 28kWh battery pack it delivers 503bhp and is capable of more than 62 miles on a charge – up to twice as much as its BMW and Audi rivals offer.
But whichever S-Class you choose, the overall sense of luxury and attention to detail is the same. This side of a Rolls Royce, no car will deliver you to your destination feeling so relaxed.