Long before he became an environmental activist, U2 lead singer Bono proudly drove around in a stately, V8-powered Mercedes-Benz 450 SEL. While he no longer owns the sedan, it retains the modifications he made shortly after buying it (including a sound system worthy of a night club) and it’s looking for a new owner in England. 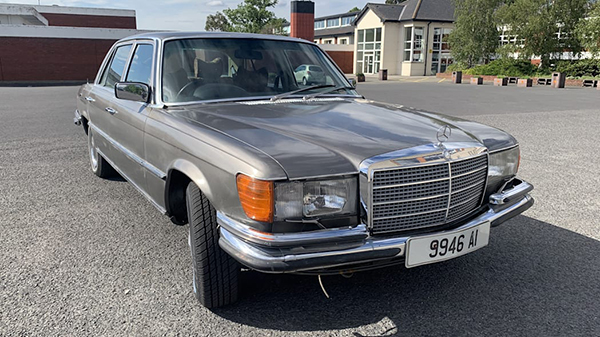 Bono, whose birth name is Paul Hewson, reportedly purchased the 450 SEL to celebrate the release of Boy, U2’s debut album. Mercedes-Benz sold several variants of the W116 at the time, but the singer went straight for the top end of the range. He selected a long-wheelbase model powered by a 4.5-liter V8. It wasn’t the flagship of the W116 line-up, that honor went to the 6.9-liter model, but it was far nicer than what the average 20-year-old drove in 1980. 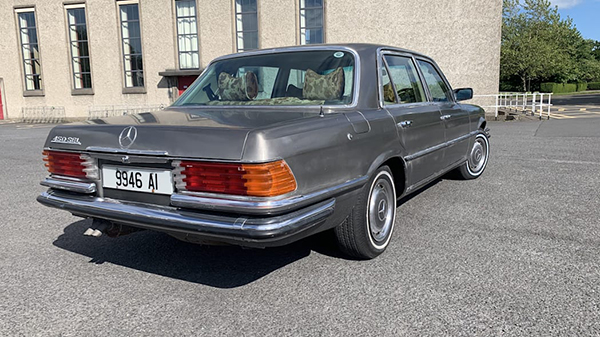 And yet, he wasn’t fully satisfied with the interior. British auction house Car and Classic explains he spent around £12,000 on a custom-designed sound system that includes massive Alpine speakers integrated into the four door panels, a graphic equalizer on the passenger side of the dashboard, no less than four amplifiers in the trunk, and a cassette player. One of the car’s later owners added a CD changer, presumably when cassettes fell out of vogue. It’s such a powerful system that a fire extinguisher was installed in the passenger-side footwell; it’s still there. 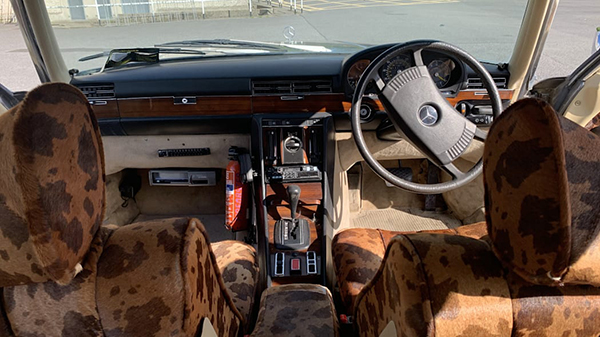 The seats were upholstered with a cow hide-like fabric at some point in the car’s life, though whether this modification was commissioned by Bono or by a later owner is unclear. Very little information about what this 450 SEL has been through since Bono sold it is available. It’s lived, though. Its odometer shows about 163,000 miles. 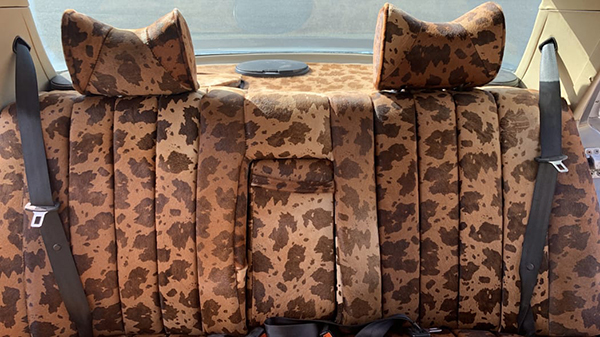 Car and Classic notes that, like many 40-year old Mercedes-Benz models, this 450 SEL needs a bit of work. While it runs, drives, and will presumably take you to where the streets have no name, it’s a little rusty underneath and it needs a new exhaust system, among other odds and ends. Parts are readily available so you won’t need to browse the classifieds for months on end to find what you’re looking for. There’s also some wear on the upholstery.