Testing continues for the big AMG-infused Mercedes sedan. This fresh spy video captures a new S63 prototype making mincemeat out of corners at the Nurburgring. Given the size and likely weight of the hot S-Class Merc, the tires could also be mincemeat after this aggressive testing session. 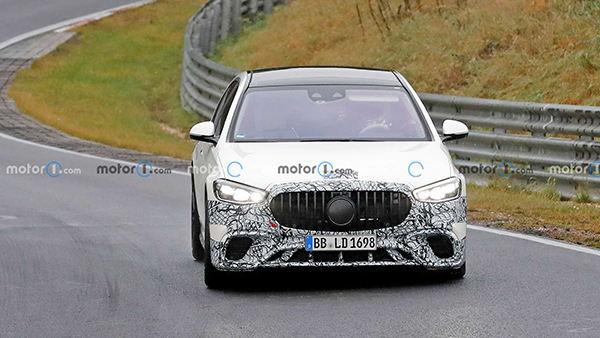 We mention weight because a normal S-Class sedan is already a heavyweight. The S63 will almost certainly be heavier, because we expect it to pack a new plug-in hybrid powertrain. The addition of an electric motor and a battery pack comes with a substantial weight penalty, as seen in the recent Mercedes-AMG C63 S E Performance debut. The mid-level super sedan gained a whopping 700 pounds in its transition to hybrid performance, despite downgrading from a V8 to a turbocharged four-cylinder combustion engine. 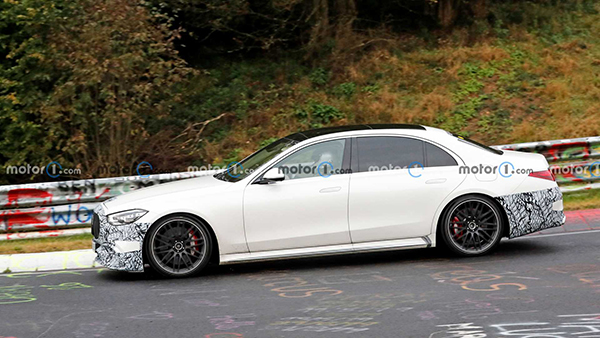 The S63 is expected to be hybrid, but it won’t use a four-cylinder. A twin-turbocharged V8 will live on under the hood, and we can clearly hear its roar in this spy video. There’s no mistaking the V8’s deep burble, and with hybrid assist from an electric motor, it could deliver over 700 horsepower.

Styling-wise, the AMG won’t differ significantly from the standard S-Class that debuted back in 2020. Camouflage wrap still covers the front and rear fascias, no doubt concealing minor tweaks for a more aggressive persona. We expect similar non-changes for the interior, though upgraded seats and some AMG graphics for the MBUX display are pretty much guaranteed. AMG-specific driving modes will accompany the prolific power. 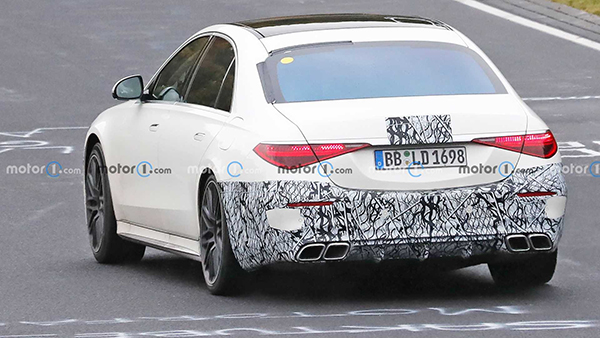 Those driving modes appear to handle the added weight quite well. The spy video catches the big AMG carving up numerous corners on the Nordschleife, both at slow and fast speeds. There’s just a hint of visible body roll in some of the harder turns, and there’s not even that much tire noise.

We’ve seen AMG S63 prototypes running around for quite a while now, and we think a debut is getting close. Mercedes could make it all official before the year is out. launching as a 2023 model. If the debut bumps into 2023, that could push the S63 to the 2024 model year.