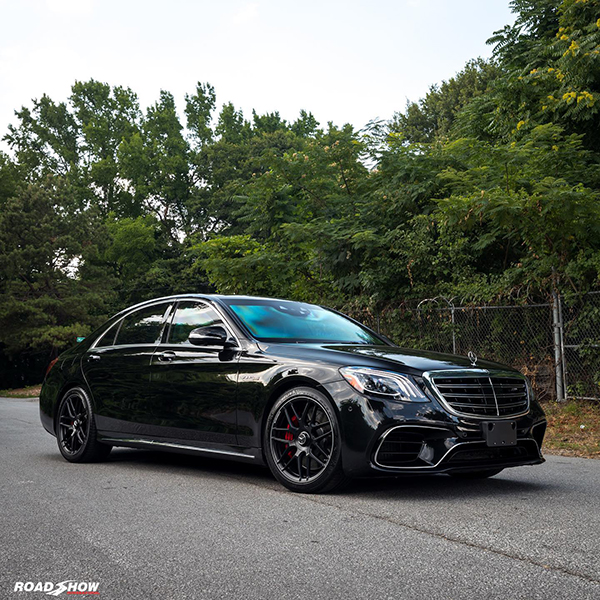 Mercedes-Benz models have been associated with the S-Class ever since the W180 “Ponton” line debuted in 1954, followed by the 1959 “Fintail,” and the updated (plus larger) W108/109 model lines. Then, in 1972, with the introduction of the W116, the flagship S-Class game was officially in search of the world’s best-selling luxury sedan title.

Today, the W223 Mercedes-Benz reigns supreme as the current, seventh incarnation of the flagship sedan – but we are just going to postpone talking about it for a quick W222-based Mercedes-AMG S 63 RS Edition moment if your murdered-out passion will allow it. According to the good folks over at Atlanta, Georgia-based Road Show International, who have yet another treat “for the culture” that has reached “up for grabs” RS Edition status, it is well worth the patience. 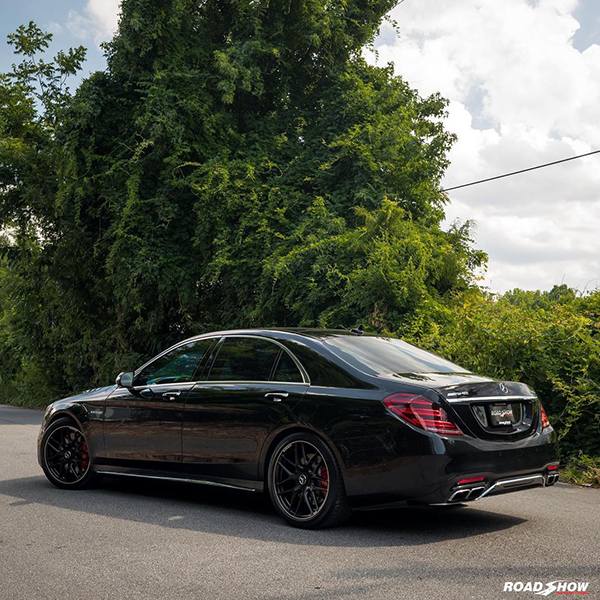 The latest whip that is for sale (no quotation was exposed for it, but that is usually just a DM away) is a facelifted S 63 packing the 4.0-liter M177 bi-turbo V8 engine that represented a step up from the pre-facelift predecessor’s 5.5-liter M157 V8 bi-turbo powertrain despite the lower displacement. Still, it grabbed enough ponies to flaunt a higher stable of 603 hp (compared to 577 horsepower) and the pleasure of taking the owner and his selected companions to 62 mph (100 kph) in as little as 3.5 seconds and then up to a maximum speed of 155 mph (250 kph) or 186 mph (300 kph).

However, this Mercedes-AMG S 63 RS Edition is a little bit special. And we mean that not just by way of its all-black attire (save for the crimson calipers and some chrome details) and a bundle of custom RS Edition options. Instead, along with the RS nano-ceramic window tint plus windshield, the RS two-tone Gloss Red/ Black tag frame, and RS ceramic paint coating protection, there is also an exclusive RS bulletproof Level 6 armoring option. 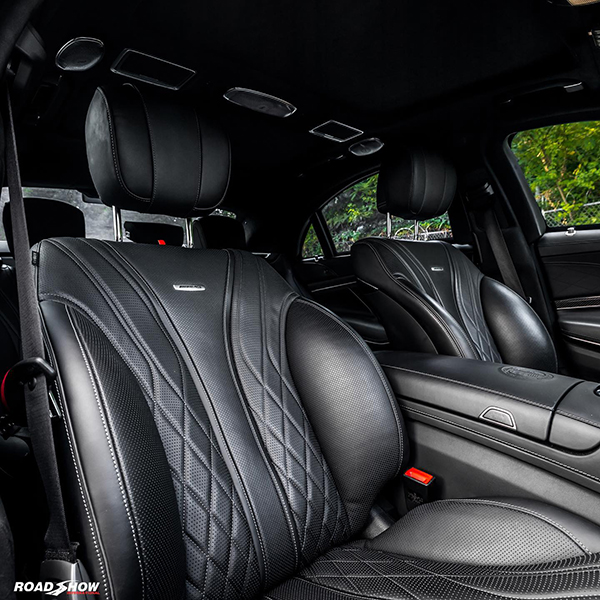 And that naturally makes this W222 S 63 a tad heavier and slightly less nimble. So, the new performance specification readouts include a 3.7-second sprint time to 62 mph/100 kph and a top speed of “just” 160 mph (257 kph). Meanwhile, the interior flaunts an equally menacing all-black (and chrome) attire, so you will need a hard stomach to resist a flurry of initial jeepers and creepers. Oh well, if not, then perhaps this Mercedes has too much black on it and not enough shiny chrome.

Worry not, as we have that base covered, as well, via the first one of two bespoke creations stemming from the imagination of well-respected aftermarket wheel outfitters. The second Insta post embedded below flaunts a W223 Mercedes-Benz S 580 sitting low on AG Luxury AGL-Vanguard Flow-Form Monoblock wheels featuring a machined silver finish. It is still black but also sports a nice, chromed contrast, plus a tough overall appearance.

And the third one is more of the same W223 variety, with AL13 Wheels hitting it hard with a fully murdered-out (plus carbon add-ons) and lowered S-Class on a C020 Classic Mesh setup with a Satin Black finish and gloss black outer edges. Oh, sorry, did we say anything about skipping the menacing looks? Well, fine, you caught us – but this ride was also way too cool not to be shared and get its chance at capturing the spotlight. Yes, just like only a long, sleek, black hole of a sedan could.