It has been a while since Aston Martin and Mercedes-Benz’s high-performance division AMG revealed they are in 4.0-liter twin-turbocharged V8 cahoots. So, their partnership should not surprise anyone anymore. 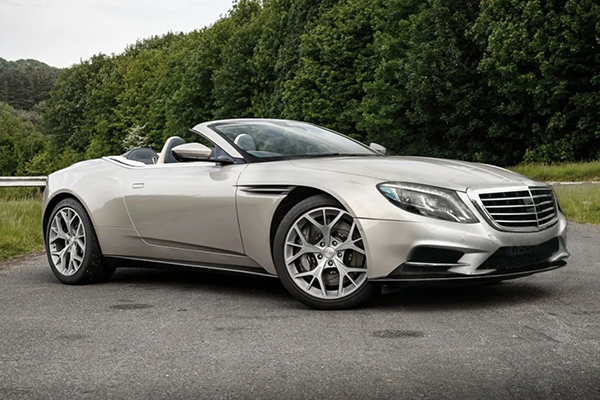 Alas, we were still brimming with “Aston-Mercedes” happenstance just recently. And it was all courtesy of Henry Andrews, the virtual artist better known as photo.chopshop on social media, who has a prolific imagination when it comes to mashups, including the ugly ones.

Sure, a full mix between an Aston Martin grand tourer and a luxurious Mercedes-Benz model could still be someone’s cup of tea if treated right. But what we are dealing with is pretty far away from that, even though, on this occasion, the nose-swap lines flowed marvelously into each other.

This is all because the pixel master chose to fiddle with the contemporary Aston Martin DB11 Volante and the obsolete W222 generation of the legendary Mercedes-Benz S-Class instead of the current W223 incarnation. As such, even if that could happen for real, it would be illogical to imagine that Aston buyers would accept older Mercedes tech inside their pricey possessions.

Well, over across the virtual realm, that is certainly not the worst it could happen, though. And we have the same CGI expert to “thank” for opening our eyes to “marvelous” automotive creatures such as a Chrysler Imperial that joined the JDM club of little wheels, a Bizzarrini Strada 5300 GT that digitally mated with the latest Kia Sportage, or a Geo Storm (aka Isuzu Impulse) that went Bosozoku on us.

Thus, if you need any automotive-induced CGI nightmares, the latest creations from this “talented” mashup artist are also here in the gallery above to keep us company. Thankfully, no car was ever harmed in the making of these digital abominations… hopefully! Suddenly, that Alfa Romeo Giulia Alpina station wagon is not so bad anymore, right?