The family of cars has been around since 1954, even if the current name is a tad younger, dating back to the early 1970s. Ever since its early days, the moniker established itself as one of the most important ones in the Mercedes-Benz lineup, the vehicle of choice for the most potent among us, at least financially. 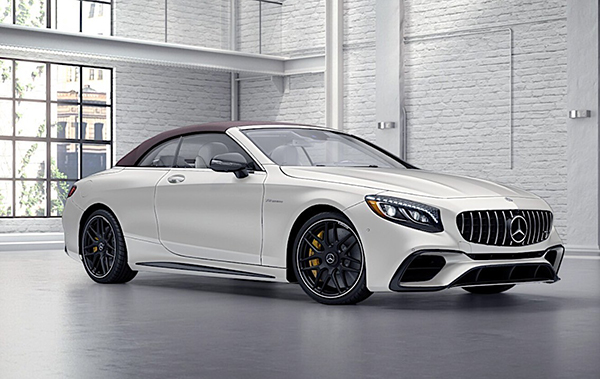 The current lineup for the model in the United States (still) comprises the S-Class in coupe and cabriolet body styles, and because there always is room for even more luxury when it comes to the Germans, a special Maybach S-Class.

The sedan and Maybach S-Class in their most recent configuration will both hit American roads soon, with prices yet to be revealed. AMG version will arrive later, which is what we’re actually here to discuss.

As you already know by now, June is AMG Month here at autoevolution, and we’ve already covered the A-, C- and E-Class vehicles that come in high-performance versions handled by the iconic powerhouse. 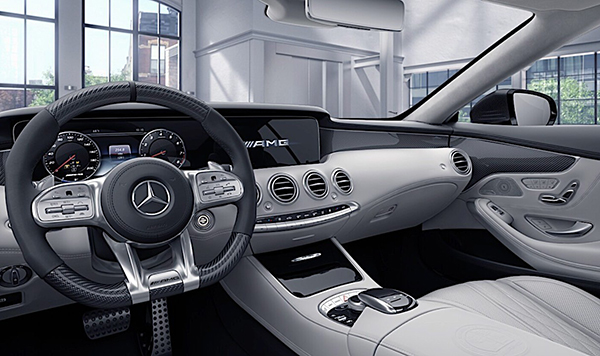 Now it’s time, obviously, for the S-Class, which when it comes to AMG, gives the American customer the choice of a single engine, rated at 603 hp and 664 lb-ft (900 Nm) of torque, and providing the same acceleration time to 60 mph (3.4 seconds) in both S 63 Coupe and S 63 Cabriolet guises.

The one with the fixed roof is the least expensive of the bunch (but not cheap by any means), retailing from no less than $173,100. If one needs to go for a car that offers the option of open-air motoring, then they should pony up $185,400.

But that’s just the starting price, and as usual, we’re here to see just how much a fully loaded AMG-flavored car can go. And even in the case of the S-Class, which you would think doesn’t need many extras to be perfect, there’s a lot more to pay for. 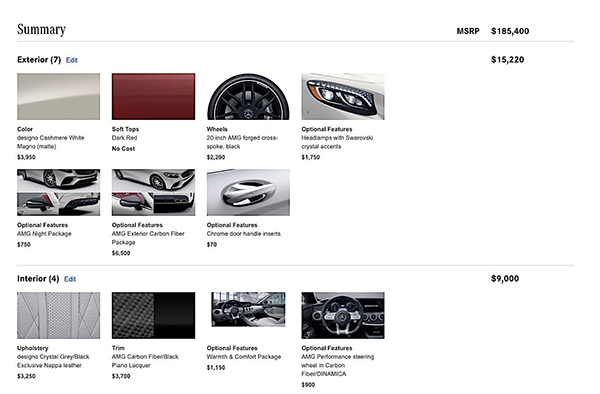 Consider this is the S-Class we’re talking about, though, so don’t expect to have the same options to choose from as with the A-Class. No, this thing lets you fit headlamps with Swarovski crystal accents ($1,750) that only work with the Night View Assist PLUS ($2,260) and Driver Assistance Package (2,250), for example.

For the interior, a wide choice of leather and trim options can add an extra $7,000 to the total cost if you go for the fanciest of them all (we chose Nappa leather upholstery and Black Piano Lacquer trim, each worth over $3,000). We topped the great-looking seats and dash with the $6,400 Burmester 3D surround sound system, because why not.

The single most expensive thing you could add to the S-Class is the AMG ceramic composite braking system. It comes with bronze-painted calipers and has a price tag close to that of, say, the entry-level Dacia Logan: $8,950.

Remember how we started our adventure at $185,400? Well, the tally now, after we’ve checked all those boxes on the Mercedes configurator, is $230,680. That’s a $45,280 difference (check the gallery to see what our S-Class has on), which is about the starting price of a Dodge Challenger R/T Scat Pack Widebody.

And you know what the trouble with the S-Class, AMG or otherwise, is? You can’t simply walk into the dealership and ask for the butt-naked, cheapest S 63 around. And that means there is probably no single such car sold for $185,400 out there.