That historic GTA 6 leak is still making victims, even in the real world, it seems. But it might be understandable when dealing with a murdered-out Benz casually rolling through the streets. 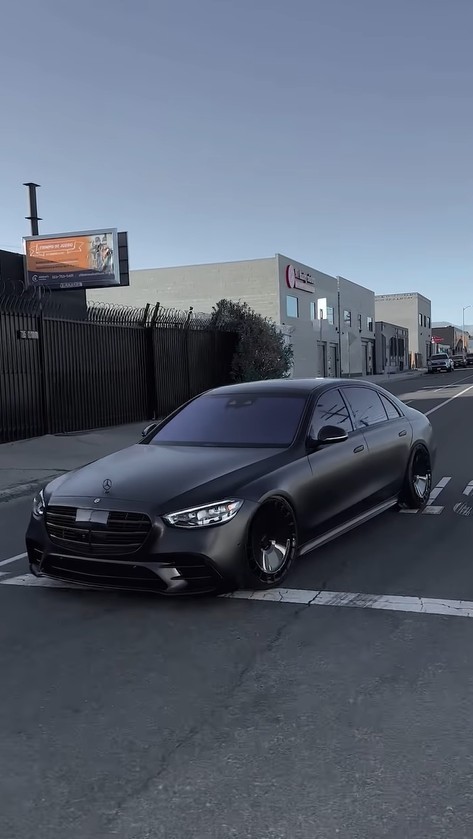 After seven generations of full-sized luxury limousines, it seems that many American fans of the Mercedes-Benz S Class have settled the ageless conundrum of which build might be the best. Well, if you ask the aftermarket community, one major option would be ‘murdered out.’ And that means no chrome, as well as absolutely no other color other than black – even on the wheels.

Interestingly, one might assume that when dealing with a car that is all black and nothing else, there are not a lot of possible variations. But that does not take into account the audacity of the aftermarket realm, to be frank.

And there is no need to take our word for granted, as we have a proper Satin Black yet also a glossy example. The good folks over at performance wheel specialist AL13 Wheels Design + Technik have come forth to highlight a custom, murdered-out-style Mercedes-Benz S 580 created by 412 Motorsport, and it certainly grabbed everyone’s attention on their Instagram page. 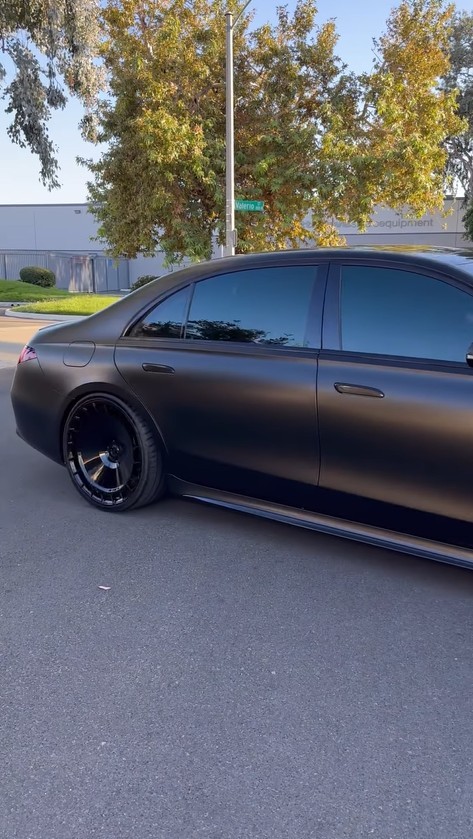 Even AL13’s caretaker started with “murdered-out in Satin and Gloss, ooofff!” because that’s what most people would say when seeing the lowered luxury sedan rolling through town on a stunning set of 22-inch Duoblock C00-109R aftermarket wheels. Then they also said that “this is (a) spaceship,” a “super-mega Benz,” or they thought “it was GTA for a second,” before seeing the real guy behind the wheel.

Anyway, one last thing of note. Has anyone noticed how these murdered-out rides keep standing out in a crowd? This one does so with an interesting deep-dish take on the iconic ‘Aerodisc’ aftermarket wheel – itself inspired by the steelies of lore… What can I say, except, Gloss Black sheesh!