2020 will be the year of the new Mercedes-Benz S-Class. The Stuttgart-based automaker is putting the finishing touches on its most luxurious sedan on sale and we expect to see its first derivatives in the next few months. The “base” S-Class Sedan will be joined by several different variants, including Maybach, Guard, and EQS models, as well as this – the next-gen S63 AMG. 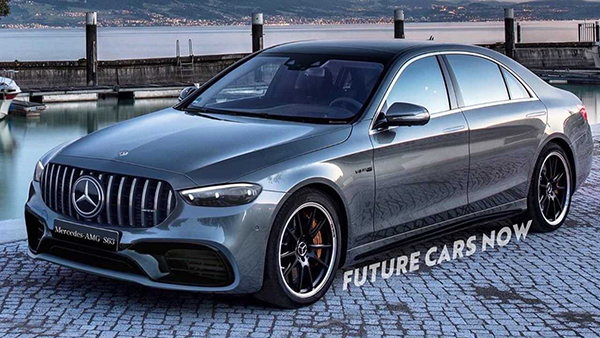 Through earlier renderings, we’ve already gotten an early preview of the S-Class Sedan and the Maybach extra-long luxury sedan. Now, thanks to a new virtual drawing by the FutureCarsNow page on Instagram, we have the chance to get an early impression of what the performance-oriented S63 model could look like.

This rendering proposes a relatively restrained look for the AMG-tuned model. The distinctive radiator grille and wide air intakes in the front bumper, however, hint that this is indeed the most powerful iteration of the new S. We see notable E-Class facelift influences but these are kept to a minimum.

It has been confirmed there won’t be an AMG-branded, V12-powered new S-Class, which basically means the S65 AMG will soon be dead. We tested one of the last 2020 Mercedes-AMG S65 Final Editions in the United States a few days ago only to discover it’s “a car that we’ll look back on and admire years down the line.” In fact, two examples of the limited edition sedan with a hand-built V12 are still available at the dealers.

Back to the S63 AMG, we expect to see the new generation of the model at some point in 2021. Mercedes has already confirmed the new S-Class will arrive later this year and we expect the AMG-branded version to be launched at least several months later.