Last year, Daimler, Geely Create 50:50 Joint Venture To Develop Smart that’s aimed to develop the next Smart cars. The partnership with Geely is seen as an opportunity to revive the nameplate as a pure EV brand, an attempt to save Smart that has been underperforming in terms of sales for years. 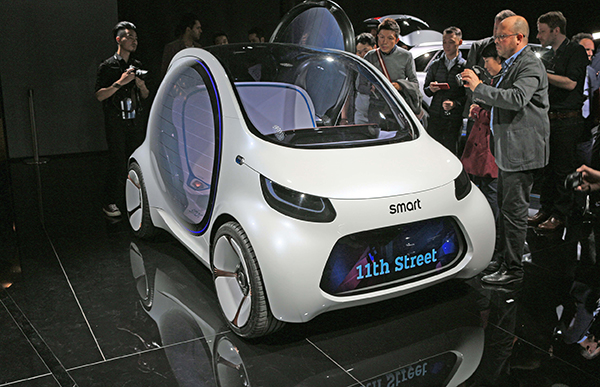 That venture is now more official, as Daimler announced Smart’s new global executive team to oversee the company’s operation. The joint venture will be called Smart Europe, and is a collaboration between Geely and Mercedes-Benz, with products aimed at the European market.

At the helm of Smart is Chief Executive Officer, Xiangbei Tong, which was announced back at the start of the year. Mr. Tong was a former Geely executive who started with the Chinese company in 2015 and led the completion of Lynk & Co. production facility in China. He also had other roles within Geely Auto Group.

Mr. Tong’s Smart global team consists of Daniel Lescow as Vice President of Sales, Marketing, and After Sales; Jun Yang as Vice President Research & Development; and Ulf Nestler as Vice President Finance and Chief Financial Officer. All members of the executive team either worked for Daimler for the Chinese market or under Geely’s subsidiary brands.

Of note, Smart Europe’s headquarters will be located in Stuttgart, Germany. Mr. Tong appoints Dirk Adelmann as CEO of Smart Europe, with former Mercedes-Benz Finance and Controlling Executive Martin Günther as the CFO.

It’s unclear whether the new Smart global executive team is an effect of Geely’s intention to have deeper ties with Daimler. What’s definite is that Smart is going big by entering the B-segment by 2022 with a new all-electric vehicle architecture.