Ineos is getting deeper into more and more cooperations with different automakers. Just recently, it was announced that the British off-road specialists are teaming up with Hyundai for the development of fuel-cell technologies, and now it has been announced that the company has acquired Daimler’s Smart factory in France. 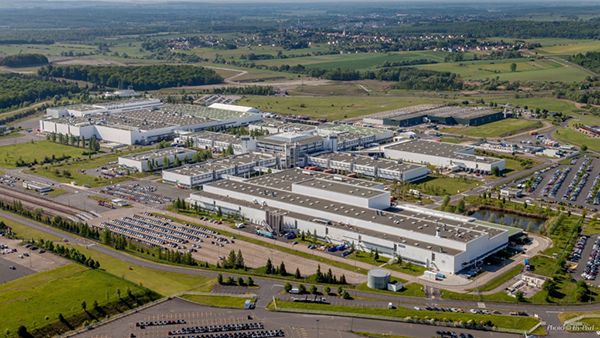 Under a new agreement between the two sides, Ineos buys all shares in the Hambach plant and will take over full control of the site in the coming weeks after all the details are cleared and all the documents are signed. Daimler says “no significant negative effects are expected in the fourth quarter of 2020” for the plant’s employees as the main goal for both manufacturers, together with the French government, was to secure employment at the facility.

The Hambach manufacturing site became famous in 2012 when it was announced as the first in Europe to launch series production of combustion-powered and electric vehicles in parallel on the same assembly line. The production of the electric Smart EQ ForTwo started in 2019 and under the new agreement, it’ll continue at the Hambach factory under the ownership of Ineos.

“We are in the midst of a major transformation of our company and aim to successfully shape it for the future,” Markus Schäfer, member of Daimler AG board of directors responsible for Mercedes, said. “The sale of our Hambach plant is therefore an important step in this direction. For us the focus was on implementing this sale in a socially responsible manner and securing jobs.”

The deal has been signed in close contact with the French authorities and guarantees all 1,300 jobs at the plant and those of system suppliers will remain safe. Meanwhile, the announcement of Ineos’ production plans moving from the initially announced Welsh production site to France was condemned by Welsh Labour MP Chris Elmore.