Daimler warned its earnings halved in 2019 and it faced further charges of up to 1.5 billion euros ($1.7 billion) related to diesel pollution, in the latest blow to the German luxury carmaker. 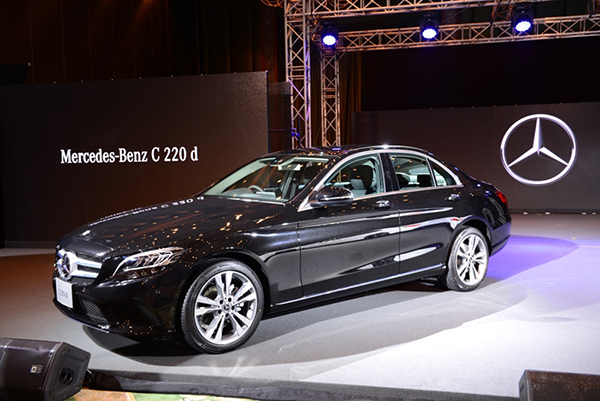 The profit downgrade, blamed on restructuring costs at the company’s vans and mobility services divisions, is the third under new CEO Ola Kaellenius and the fifth in 19 months.

It comes despite record deliveries of Mercedes-Benz cars that saw the brand retain its title as the world’s top-selling premium automaker last year.

“What’s truly remarkable is the fact that CEO Ola Kaellenius hasn’t taken more action with respect to his divisional leadership teams,” he added.

The company said earnings would be hit by 300 million euros ($333 million) of one-off costs for a review of its vans portfolio.

The vans division, which has struggled to ramp up production at its plant in the United States, saw its return on sales plunge to minus 15.9% in 2019 from 2.3% in 2018, Daimler said.

It also announced a 300 million euro hit from a restructuring of its Your Now mobility services business. In December, Daimler said it was exiting the North American car-sharing market.

Daimler added its EBIT forecast did not include an estimated 1.0-1.5 billion euros of costs for ongoing government and court proceedings related to diesel pollution.

Analysts had previously been forecasting 2019 EBIT of about 6.8 billion euros, according to Refinitiv Eikon data.

‘Major crisis’
German carmakers, among global leaders in diesel technology, have been caught in the crosshairs of courts and regulators after Volkswagen admitted in 2015 to using engine control devices to cheat U.S. diesel emission tests.

Daimler’s diesel pollution levels are being investigated by prosecutors in Stuttgart, Germany, where it is headquartered, as well as by the U.S. Environmental Protection Agency (EPA) and the California Air Resources Board (CARB).

Earlier this month, investors sued Daimler for $1 billion in Germany, accusing it of concealing the use of emissions cheating software. Daimler denies the allegations.

As well as tighter emissions rules, automakers are grappling with slowing demand and costly new technologies such as electric and self-driving cars.

“Daimler is not getting its problems under control fast enough. The company is in the midst of a major crisis,” he said.

Others saw scope for optimism.
“Daimler looks likely to benefit from the strong momentum of upcoming product launches from 2020 onwards, which should help achieve incremental cost savings and pricing power improvement versus peers,” JP Morgan said in a note to client, adding its recommendation for the stock remained “overweight.”