If this one-of-one supercar seems vaguely familiar, that’s because the Need for Speed franchise featured it back in 1997. To be offered without reserve by RM Sotheby’s next year, the Isdera Commendatore 112i is put up for sale by none other than the German company that produced it.

Bringing back fond memories of playing Need for Speed II SE as a kid in the late 1990s, the elusive Isdera Commendatore 112i is looking for a new owner. Offered directly by the German boutique shop, the one and only gullwing-doored supercar is up for grabs as part of the 2021 Paris auction by RM Sotheby’s scheduled for February. 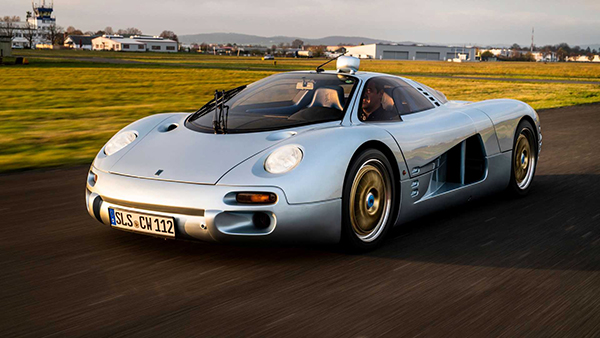 It’s one of the finest examples of how a small company can borrow from the parts bin of more established players and end up with a spectacular product. Where should we start? With the engine, of course. It’s a Mercedes M120 6.0-liter V12 also used by the Pagani Zonda, developing more than 400 horsepower in this one-off creation. That might not seem like much by today’s standards, but keep in mind the car was built nearly three decades ago.

Since Mercedes did not engineer a manual gearbox for M120, Isdera had to improvise and used a five-speed manual Getrag transmission modified by RUF with the addition of a sixth gear. Corroborated with a sleek body with a low 0.306 drag coefficient tested in Mercedes’ wind tunnel, the end result was a supercar able to top out at 211 mph (340 km/h). 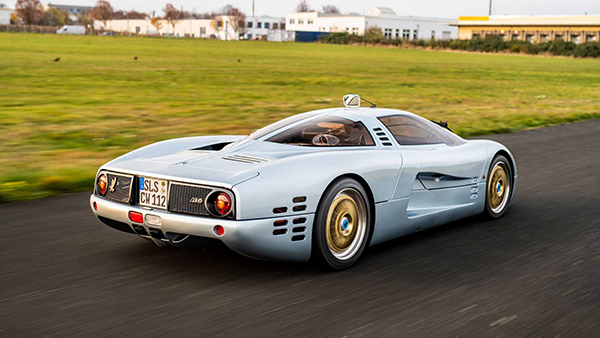 Speaking of the body, there’s more to it than the jaw-dropping design as the intent was to make it as aerodynamically efficient as possible. Even the windscreen wiper was developed from scratch for that purpose, while conventional side mirrors were replaced by a roof-mounted periscope mirror. 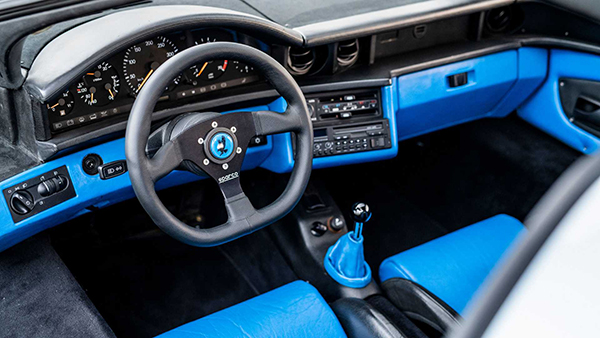 Eagle-eyed readers will notice Isdera borrowed additional bits and pieces from other companies, including the pop-out headlights from a Porsche 968 while the dials for the instrument cluster were taken from Mercedes-Benz.

The man behind the company, former Porsche employee Eberhard Schulz, wanted to take the Isdera Commendatore 112i to Le Mans, but it never happened due to the lack of funds. Thankfully, the road car was eventually completed with help from a Swiss consortium after Schulz ran into financial issues caused by the economic slump in Japan where most of the Isdera’s funding originated. 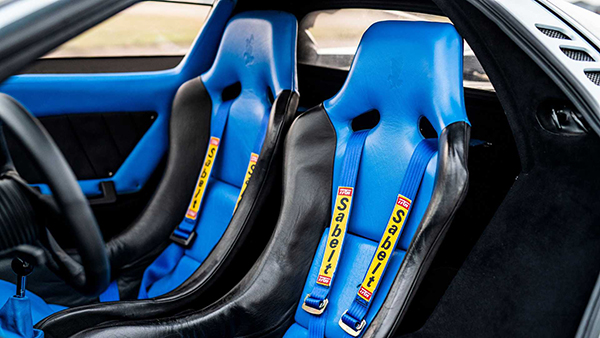 It was shown at the 1999 Frankfurt Motor Show as the “Silver Arrow” with CLK GTR-styled side mirrors instead of the quirky roof-mounted mirror. It also swapped out the BBS wheels for a more traditional five twin-spoke design. Fast forward to late 2016, Isdera bought the car back and reverted it to the original 1993 specification.

Being such a valuable automobile, it’s no wonder the Commendatore 112i has covered fewer than 10,500 kilometers (6,524 miles) during its troubled life. RM Sotheby’s will auction the unique supercar at no reserve, and it goes without saying it will fetch a pretty penny. It’s worth mentioning the one-off machine is registered and road-legal in Germany, so it’s a fully useable 1990s rear-wheel-drive beast with a Mercedes V12 and a manual gearbox.