It’s hard not to compare EV upstart Lucid Motors to Tesla. There are plenty of similarities between the two companies – particularly when it comes to their exclusive focus on luxury electric vehicles – but it seems Lucid doesn’t actually see Tesla as a direct rival. 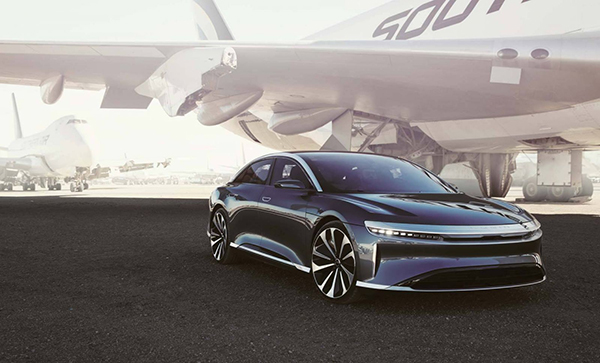 In a recent interview with Yahoo Finance, the CEO of Lucid Motors, Peter Rawlinson, explained that the company he runs is actually after traditional OEMs, such as Mercedes-Benz. He explained that

And Rawlinson thinks Lucid has a chance against established luxury automakers because they aren’t adapting to changes quickly enough. Furthermore, he believes that, just like Tesla, Lucid’s presence on the global automotive scene will help accelerate the trend of shifting away from internal combustion engines and towards all-electric vehicles.

He also pointed out that the Lucid Air sedan is far more efficient than any other electric sedan on the market based on the number of miles traveled per kWh, although he does admit that Tesla is close

‘ We’re not seeing high levels of efficiency from these other automakers, Tesla’s right up there. Lucid is surpassing Tesla. We’re getting over 4 and a half miles per kilowatt hour. I’m not seeing anything close to that from these traditional automakers. ‘

As a reminder, Lucid’s first production vehicle, the Air sedan, is available from $69,900 (after subsidies), has a projected range of 406 miles and 480 horsepower in its base form. The top tier Air costs $161,500 after the federal tax credit has been factored in and it has 517 miles of range and can do the quarter mile in under 10 seconds thanks to a peak power output of 1,080 horsepower.