Mercedes recently released the details of the updates to its 2023 model year lineup. 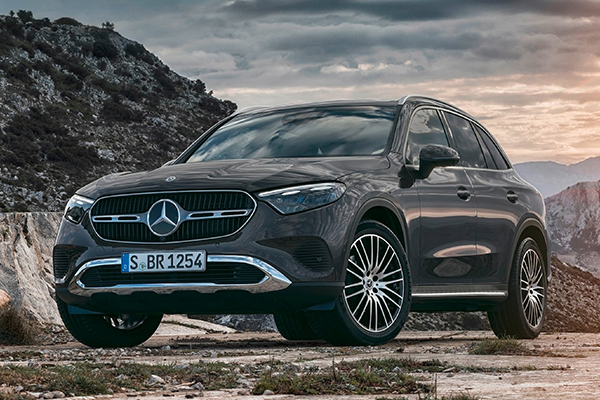 The CarBuzz servers don’t have enough gigabytes to discuss the changes to all 23 model ranges mentioned in the release, so we’ll stick to the seven new and important models arriving by the end of 2022 and into 2023.
Arriving at US dealerships in late 2022, the 2023 Mercedes-Benz EQE Sedan expands the automaker’s electric lineup with a smaller, more affordable option. This model will be offered in EQE 350+ (rear-wheel-drive), EQE 350 4MATIC, EQE 500 4Matic, and a range-topping AMG EQE with 677 horsepower. Though European pricing was already announced, Mercedes did not release US-specific pricing.

As for the flagship 2023 Mercedes-Benz EQS Sedan, it gains a new EQS 450 4Matic that will arrive before the end of the year. Buyers previously had to upgrade from the EQS 450+ to the EQS 580 4Matic if they wanted all-wheel-drive, but now they can get it on the less powerful version.

We are interested in this new variant’s range because the 450+ and 580 only differ by 10 miles (350 miles for the 450+ and 340 for the 580). Mercedes has also listened to feedback on the rear seat comfort because the Pinnacle Trim has been enhanced with improved seat cushion and upholstered comfort pillows.

Also joining the lineup for the 2023 MY is the EQS SUV, which recently kicked off production in Alabama. It will be available in EQS 450+, EQS 450 4Matic, and EQS 580 4Matic guises. Just like the EQE, Mercedes isn’t quite ready to reveal pricing information just yet.

On the more affordable end of the EV spectrum, the 2023 Mercedes-Benz EQB gains a new trim level just one year after its introduction. The new EQB 250+ base model starts at $52,400 and achieves the longest range at an estimated 250 miles. It produces 188 hp, which is noticeably less than the EQB 300’s 225 hp rating.

The top-spec EQB 350 4Matic is carried over from last year with 288 hp. Oddly, pricing for those models remains “to be announced” despite being available for 2022.

That’s all for the electric stuff, but Mercedes has some excellent gas-powered models on the way too.

After going on sale earlier this year, the C-Class range will gain the sportier C43 AMG variant before the end of 2022. This model uses a new mild-hybrid turbocharged four-cylinder setup delivering 402 hp and 369 lb-ft. As with other models arriving later this year, US pricing is not available despitealready being announced for Europe.

The recently-announced next-generation GLC SUV caps things off, arriving at US dealers in the first half of 2023. No official announcements have been made, but Coupe and AMG models will show up later.