After a flight on a private jet, you have to go back home in style, and that includes more than the wheels. Kodak Black’s latest pictures show him matching his black and orange sweater to his Mercedes-Maybach GLS. 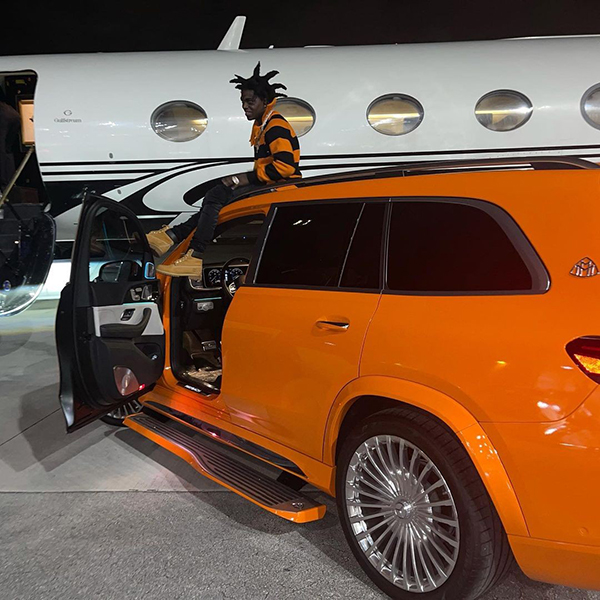 Halloween may be over, but Kodak Black is still wearing a sweater similar to Freddy Krueger’s, and, I get it, I’m not ready to give up Halloween, either.

But it doesn’t stop there, because, after traveling in style on the expensive Gulfstream private jet, the rapper had a pretty sweet ride, a Mercedes-Maybach GLS 600, waiting for him right outside the plane, matching his outfit. Unlike us, regular folks, who have to walk up to customs dragging along our possessions. 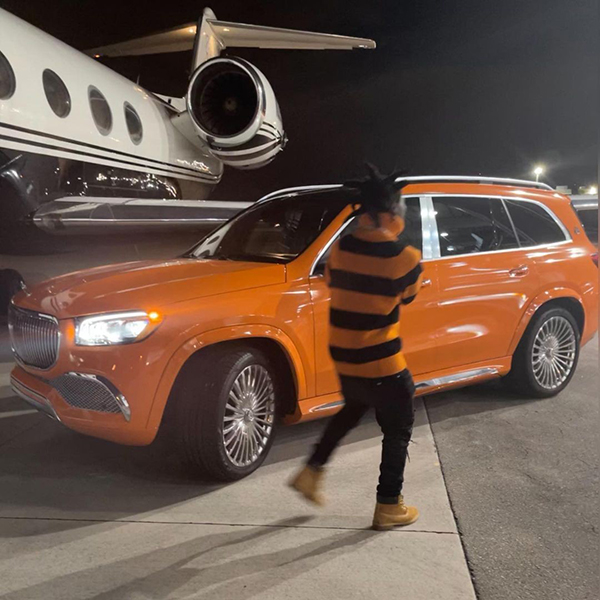 Kodak didn’t drive home immediately, but had an impromptu photo session which, somehow, ended with him sitting on top of his Mercedes-Maybach GLS 600, which is now sporting an orange wrap. When the rapper purchased the luxury SUV, it had a two-tone paint scheme with black and red accents, but I guess he felt that was boring. You can also check out the original color in the gallery. 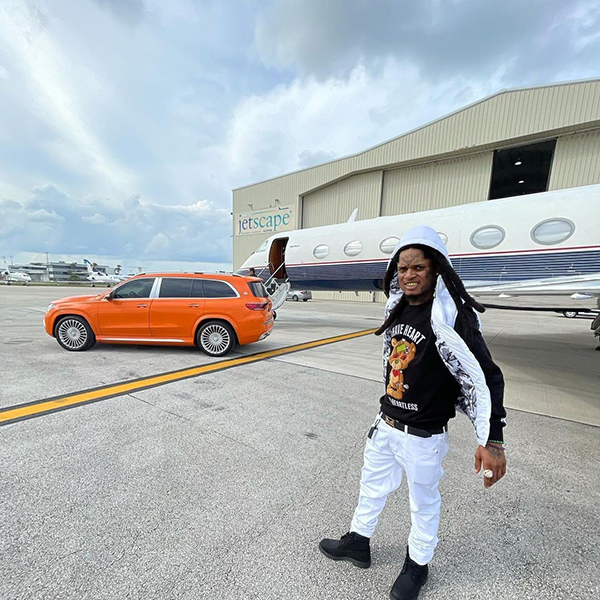 Kodak seems to have a thing for orange vehicles, which was documented in his music video “Transportin.’” While he doesn’t own those cars, in his garage, though, there’s a Lamborghini Urus, a Jeep Wrangler Rubicon, and a vintage Oldsmobile Cutlass.

But it’s even more fun when they match like he just did with his Mercedes-Maybach GLS.