The last time we saw the next-generation Mercedes-Benz GLC, it was completely free of camouflage. However, our view was limited to the passenger side and even then, it was parked behind a gate. The glimpse offered a mere taste of the GLC’s future, but these new spy photos move us to the appetizer table. 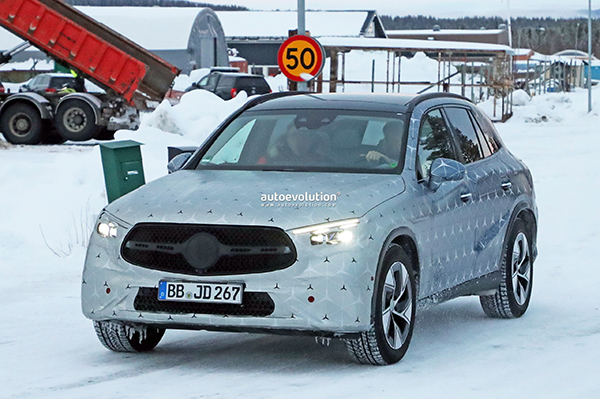 It’s not a full reveal by any means, but without the traditional swirl wrap, we have a clearer view of the GLC’s body lines and proportions. Heavier coverings beneath the wrap are removed, allowing us to see the outline of the corner vents in the front fascia. The grille also comes into better view, looking slightly narrower and just a bit deeper than the current model. Wrapping still obscures the headlights, which should be thinner overall. 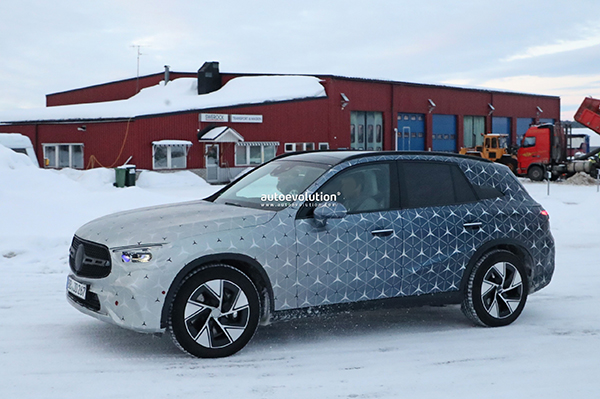 Speaking of the body wrap, this obviously isn’t the typical approach to disguising prototype vehicles. Adorned with small and large iterations of Mercedes’ three-pointed star, the automaker seems intent on grabbing the spotlight instead of shying away from it. As such, it’s much easier to see the up-sloping beltline on the new model, giving the GLC more of an upright SUV appearance versus the present-day model. At the rear, taillights are still obscured in the same manner as the headlights. But everything beneath the wrap appears to be production-spec. 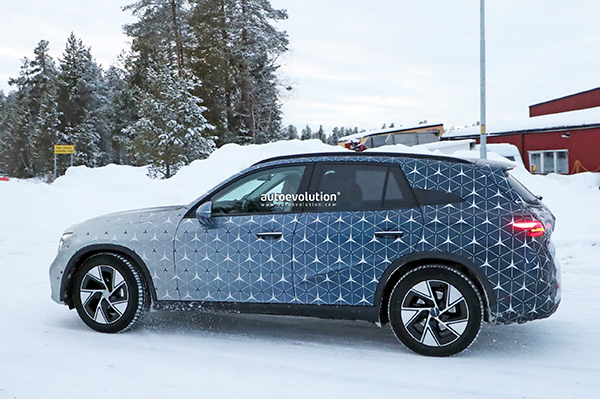 We believe the next-generation GLC will be a tad larger, though overall styling won’t stray far from the familiar formula that first appeared for the 2016 model year. As for power, we expect the SUV to borrow heavily from the C-Class. That means turbocharged four-cylinder engine options with hybrid and plug-in hybrid configurations, and that holds true for the inevitable AMG models that will follow later in the life cycle. We’ve caught AMG prototypes testing on a few occasions; range-topping versions could have over 600 horsepower (447 kilowatts) using a fusion of gasoline and electric power. 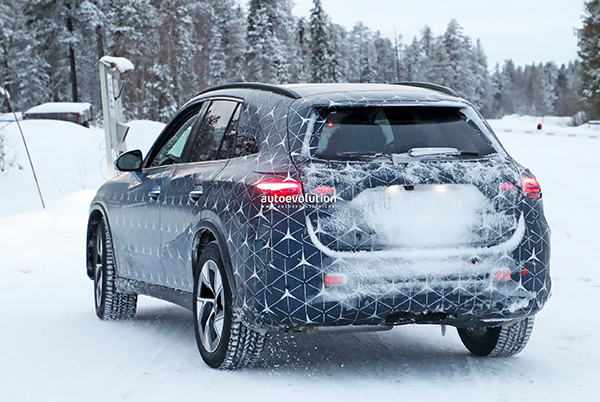 When will the next GLC be revealed? Now that Mercedes is driving test vehicles wrapped as mobile advertisements, it should happen reasonably soon. We will definitely see it before the end of this year as a 2023 model.