We’re closing in on it being two years since we first saw the next-generation Mercedes GLC, with early speculation hinting it’d debut for the 2022 model year. It’s still not here and likely won’t debut until later this year, but a new batch of spy shots did capture the crossover cold-weather testing once again, but this time it’s the AMG 63 trim. 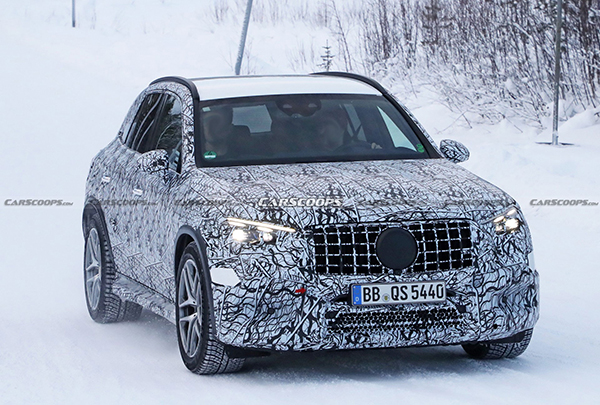 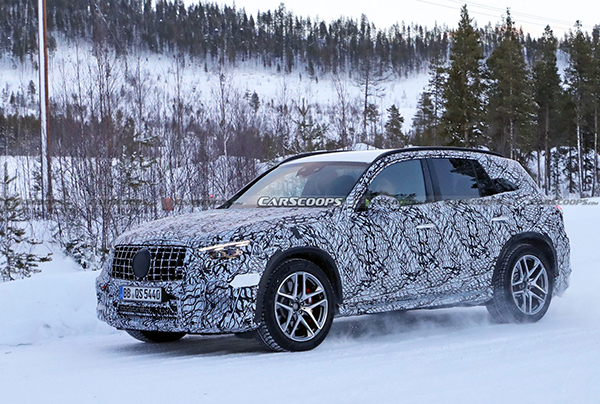 Spied undergoing cold weather testing in Scandinavia, the 2023 Mercedes-AMG GLC 63 has been redesigned from the ground up and will be a high-performance plug-in hybrid.

While the crossover is heavily disguised, it features a more curvaceous front end with an unmistakable Panamericana grille. We can also see sleeker headlights and a central intake with a black surround. 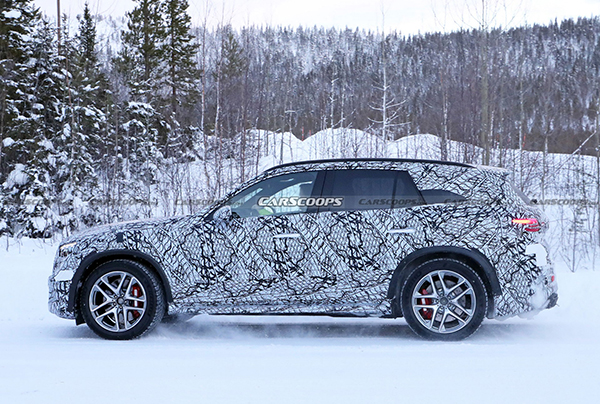 Moving further back, the GLC 63 has been equipped with stylish wheels that are backed up by a high-performance braking system with perforated discs and red calipers. The model also features a sloping roof, a more dramatic beltline, and a rear charging port.

The rear end is evolutionary by comparison, but it features a new liftgate with an arched section above the license plate. Elsewhere, there are new taillights and a familiar four-tailpipe sports exhaust system.

The interior will follow in the footsteps of the C-Class as previous pictures have shown a freestanding digital instrument cluster and an infotainment system with a portrait orientation. The former display should measure 12.3 inches, while the latter will likely span 11.9 inches.