Mercedes-Benz GLC 2022 with Off-Road package. It will have its headlights connected to the grille on all versions. Based on the spy shots of autoevolution. 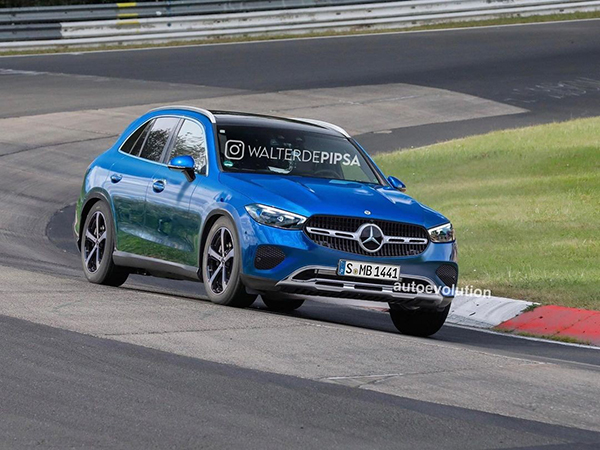 Thus, they took the platform of the W204 C-Class, tweaked it, added a new body on top, and called it the GLK. With its famous boxy styling, the premium compact crossover was made between 2008 and 2015 and was a challenger to the likes of the BMW X3 and Audi Q5.

For its successor, Mercedes-Benz chose a softer-looking approach. They also named the GLC, which makes it easier to identify it in the marque’s high-riding portfolio, as it slots between the GLA and GLB, and the GLE and GLS. Gunning for the same rivals, the GLC has been a successful product, and now, more than six years after production kicked off, they are preparing the second generation. 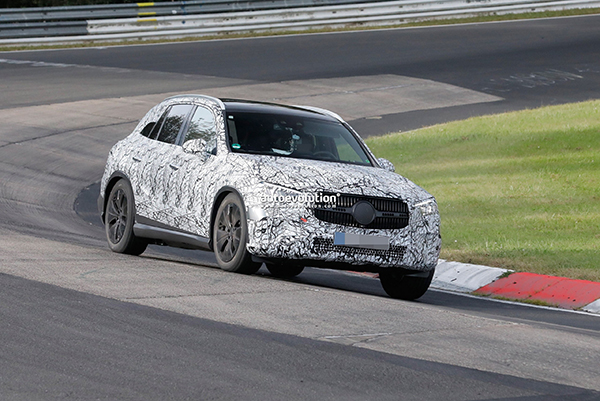 Prototypes have been spied in the open for more than a year now, but the thick camo has yet to come off, officially that is. Unofficially, the 2023 Mercedes-Benz GLC has had its fake skin peeled off by Walterdepipsa, using one of our spy shots as the foundation stone. The vehicle sports a blue paint finish, rides on five-spoke alloys, and looks pretty much like an evolution of its predecessor, which is understandable, as the auto firm didn’t want to mess around with a winning recipe.

More importantly, however, the rendering previews the design, with the slimmer headlamps flanking the wider grille. The latter has a single horizontal bar, with the three-pointed star’s emblem in the middle and many smaller vertical slats behind it. The side air intakes were modestly tweaked, and it sports a reinterpreted lower grille between them. The hood is brand new, and the black plastic cladding, which gives it a more muscular stance, is still present, albeit with minor adjustments. Chrome window surrounds decorate the profile, and further up, it has a pair of small roof bars. 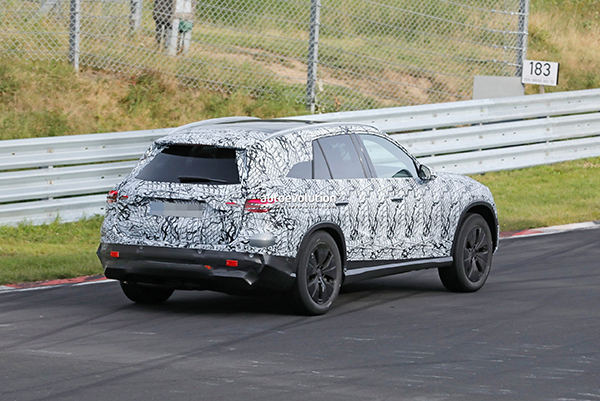 For the most part, the new generation GLC will look a lot like this, but we’re not so sure about the overall design of the front end, especially the bumper, and we also cannot say for sure whether the grille and headlights will be identical. With the model expected to premiere in a few months, at least we won’t have to wait that long to see it with no vinyl stickers whatsoever. And when it debuts, expect other changes too, including the new infotainment system from the latest C-Class inside, next to a large digital instrument cluster.

Since it is built around the new C-Class’ MRA II platform, it might share some engines with it. The powertrain family is understood to comprise four-cylinder units solely, and this will include the flagship models made by AMG too. Thus, don’t look for the sonorous twin-turbo 4.0-liter V8 anymore, as it will be replaced by a 2.0-liter hybrid, allegedly with maximum output in the region of 650 horsepower. Less polluting and more frugal than the eight-banger, the ICE is supposedly sourced from the ‘45’ series. It’s backed up by an electric motor, in turn, fed a small battery pack that should give it the ability to drive on zero emissions for a few tens of miles.

Mercedes-Benz has yet to announce the official unveiling date of the new generation GLC. Nonetheless, in all likelihood, we will see it in the first half of next year, launching in Europe shortly after. In the United States, it might arrive in the second half of 2022 as a 2023 model.