It looks like Mercedes-Benz is looking to introduce a bunch of cosmetic updates in its core models going to 2023. Recently, a clip showed a sighting of a Mercedes-Benz G-Class being test-driven on the road with partial camouflage.

The spy video from KindelAuto is rather short but it speaks a lot about what we can expect from the G-Class in the near future. It captured the iconic Mercedes SUV almost entirely covered in camo, except for the doors.

Since it does not make any sense for the automaker to go through all that trouble of hiding the areas that we already know of, the most probable reason for the concealment is that there will be changes beneath the covers. With that, expect the hood, bumpers, front intakes, and fenders to get an overhaul in styling. Surprisingly, the rounded lights of the G-Wagen are exposed, so the vehicle will likely retain those components. 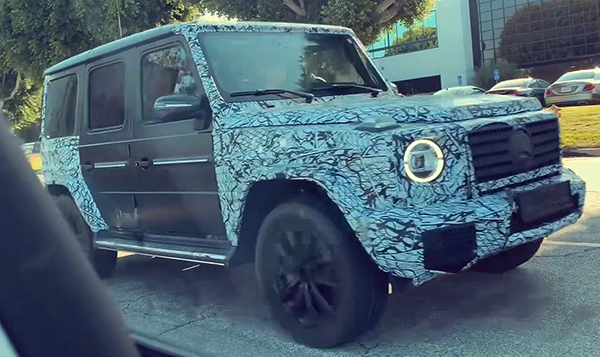 Compared to the other core models of Mercedes, the one that’s really due for a refresh is the G-Class since it’s been four years since its present-generation model has been introduced. Normally, automakers like Mercedes take five years until they decide to give their vehicles a mid-cycle facelift. Therefore, it’s only reasonable to assume that the facelifted G-Class will be rolled out to buyers in 2023.

The updates will definitely cover the interior of the G-Class, too, so look forward to an upgraded infotainment system in the 2023 model. However, the engine selection will likely remain the same, including the inline-six and V8 units with outputs ranging from 282 hp to 577 hp.