This story is all about reading between the lines, so allow us to explain. In essence, the G-Wagen is a proper off-roader, though it needs a few mods for that. Chunky rubber, elevated ground clearance, winch, trail lights, snorkel and perhaps an exoskeleton to protect that shiny body and the occupants in case it decides to go belly up are some of the things it would need before venturing off the lit path. 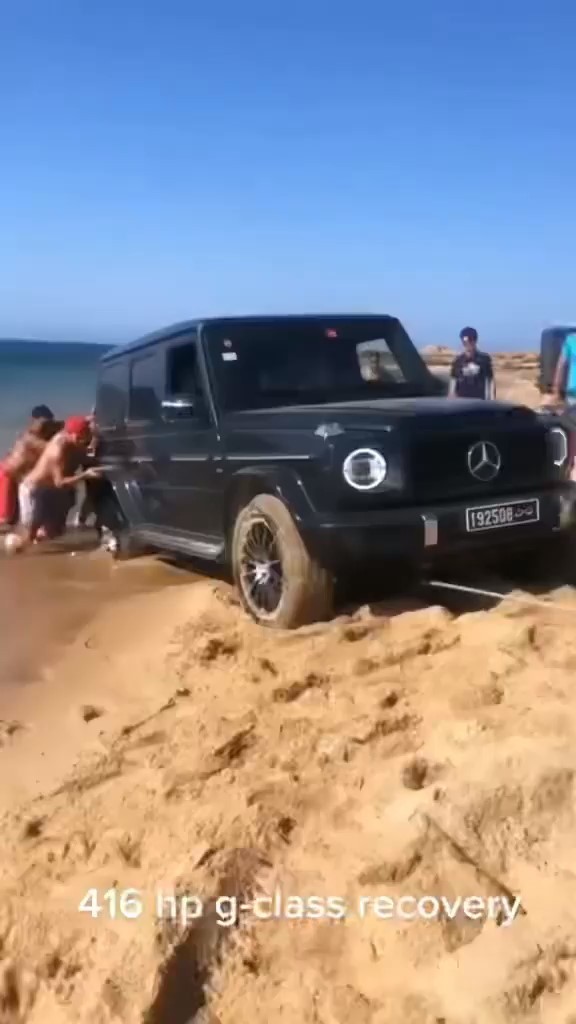 However, not only did the black example depicted on video down below not have any of those, it was equipped with street tires. For whatever reason, the inexperienced driver decided to cruise the beach somewhere in Tunisia, presumably not long ago, with no modifications whatsoever. You can guess what happened next, can’t you? That’s right, the Benz got beached, and it was up to a Land Rover Defender, and some men, to get it out. 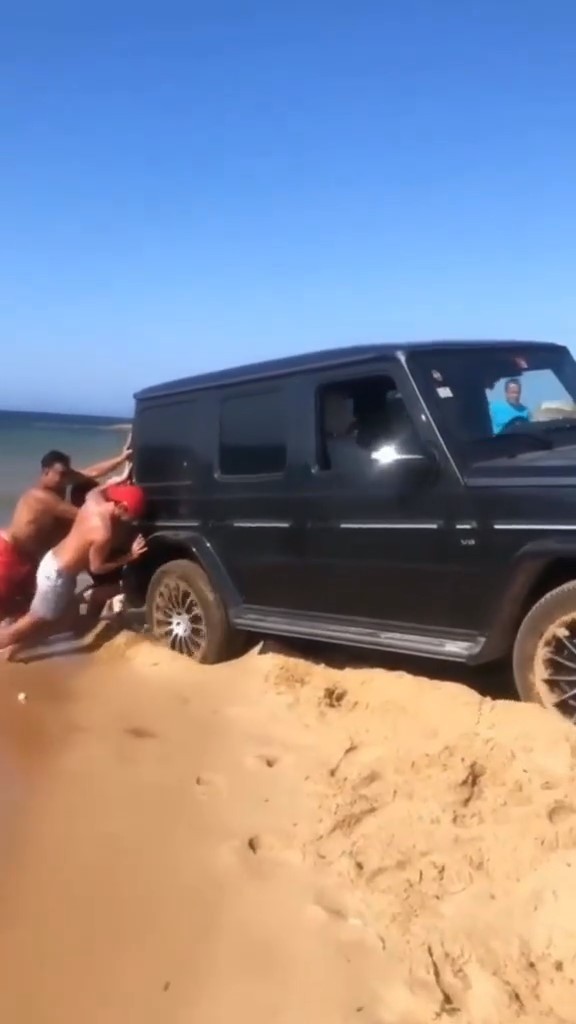 If you look closely, you will notice that the driver couldn’t be bothered with locking the differentials. That, combined with a lower tire pressure, might have been enough to get it out of that embarrassing situation, as it was surrounded by several older Defenders, in what was probably a local gathering of some sorts. 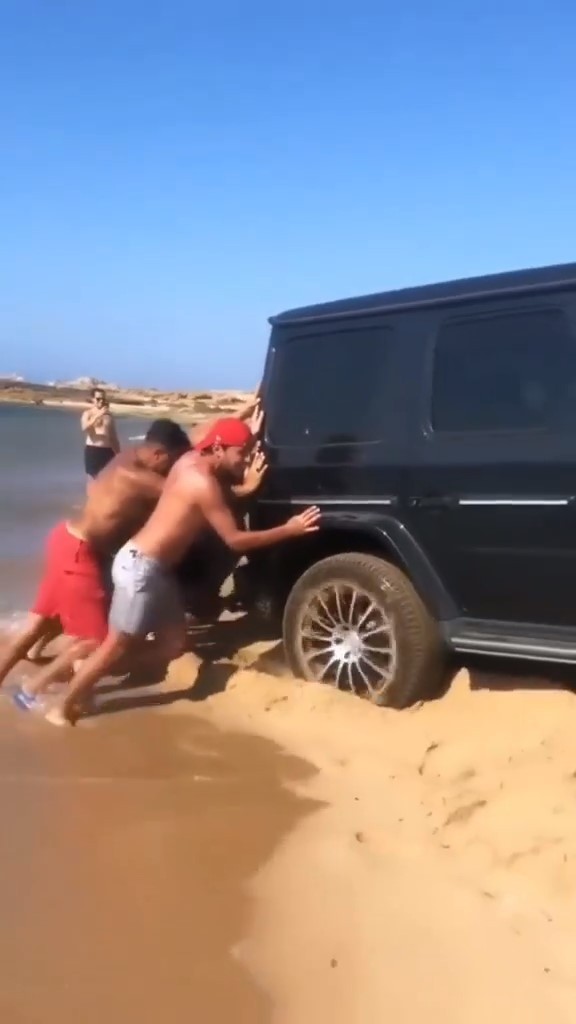 Still, all’s well that ends well, and this one did, because the British 4×4 managed to free it up eventually. The G-Wagen lived to tell the tale of how it almost succumbed to the Mediterranean Sea. Before inviting you to watch the clip, here’s a tip for the driver, if they happen to stumble upon this story: never show off, and if you do, at least make sure that you’re in total control.