For a vehicle that costs a small fortune, the new Mercedes-Benz G-Class sure is popular, and it literally feels like you are about to stumble upon one around every corner. 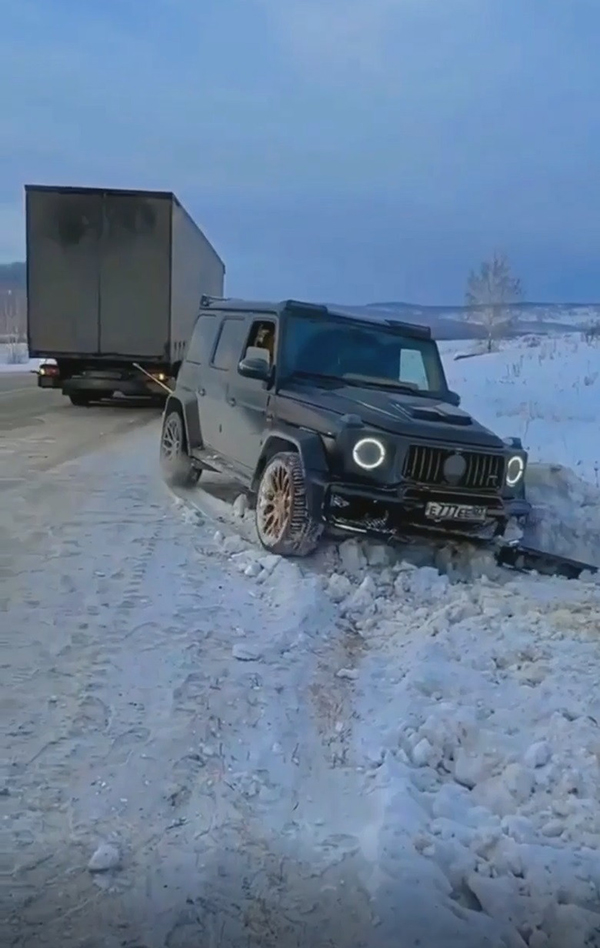 Russia makes no exception, and at first glance, it does seem like a good choice to conquer the country’s arduous roads. To better do so, some would recommend beefier tires and perhaps some underbody protection, but we’d say you don’t necessarily have to do anything to it, as long as you don’t forget what ‘common sense’ means.

Case in point, let’s move on to the reason behind this story, which is a Mercedes G-Wagen that got stuck in the snow somehow. The black 4×4, which impersonates the real AMG G 63 yet lacks the bumper, hood, side badges, and other stuff, was literally defeated by the white stuff, forcing the driver to look for help, which came in the form of a truck. 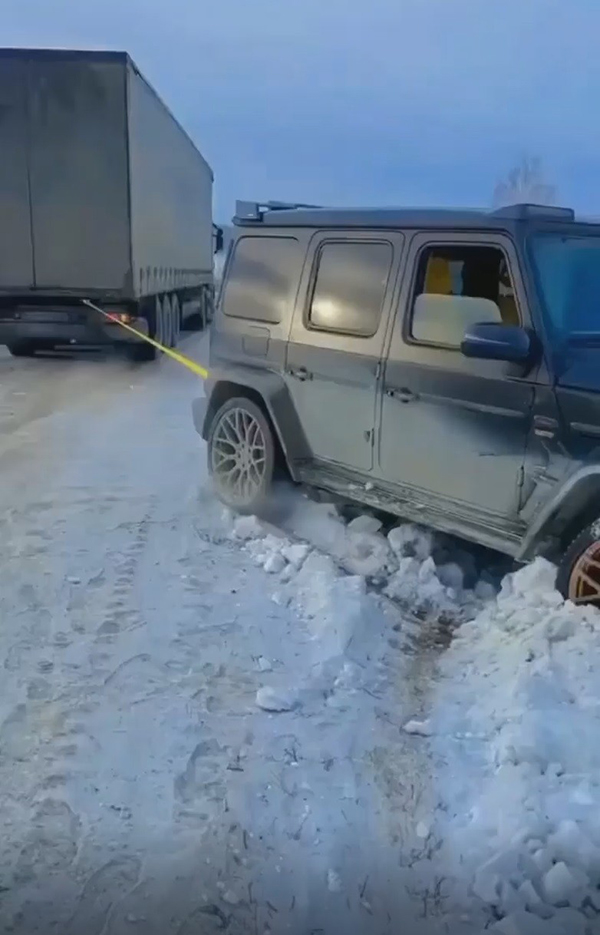 Since the G-Class was literally on the side of the road, after the person at the helm presumably lost control, either that or he decided to test the vehicle’s off-roading credentials on skinny tires, the rescue should have been a walk in the park. However, as it turned out, the driver appears to have forgotten the handbrake engaged, as the rear wheels were locked while it was being pulled out.

Not only that, but the pricy Benz had its face so deeply buried in the snow that it left a good chunk of its front bumper right there. That probably calls for more tuning, as the owner might look for a new bumper that copies the looks of the one equipping the AMG G 63. Also, we reckon that he will think twice before abusing the throttle and steering in slippery conditions, as the repairs won’t be cheap at all.