Development of the original Mercedes G-Class kicked off in 1972 when the former Daimler-Benz AG (now Daimler AG) company teamed up with Steyr-Daimler-Puch (now Magna Steyr) from Graz, Austria. Three years later, the head honchos approved to start series production of what was to become one of the world’s most reputable off-roaders. Also in 1975, the two parties agreed on a new factory in Graz where the G-Class has been in production since February 1, 1979. 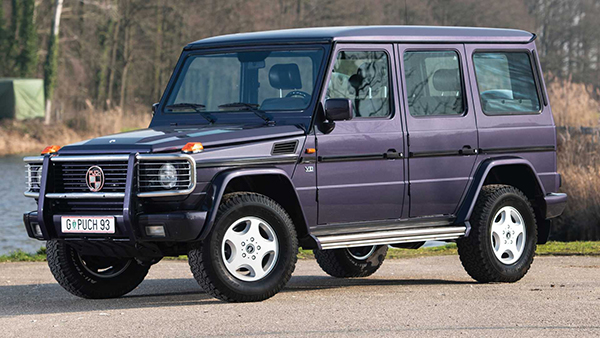 In some countries – such as Austria and Switzerland – the G-Class was sold up until late 1999 with the Puch badge rather than the Mercedes logo. This G one of them, but an exceptionally rare example since it’s just one of the three 500 GEs ever made that eschewed the three-pointed star for the Puch badge. Sold only in five-door, long-wheelbase form, the first V8-powered G-Class actually had a short production run as only 446 examples were assembled between 1993 and 1994, with the eight-cylinder engine returning in 1998 with the G500. 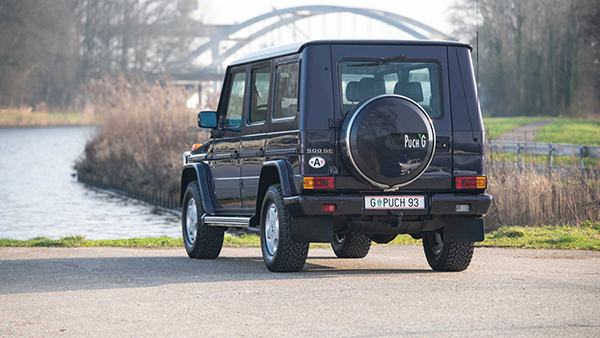 Finished in Amethystblau Metallic, this Puch 500 GE has an interesting history as it was used back in the day for homologation, testing, and press drives. It’s been on the cover of many brochures and magazines from the 1990s and comes loaded with a ton of standard equipment, including a bull bar, side steps, alloy wheels, electric and heated front seats, cruise control, and an electric sunroof. 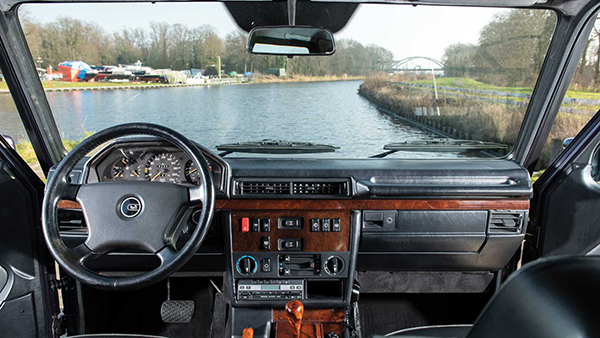 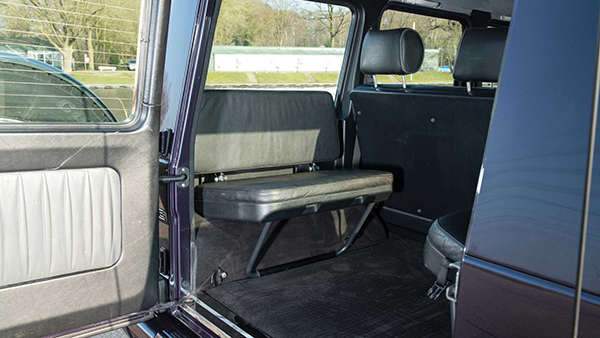 The rare SUV with 162,992 kilometers (101,278 miles) on the clock and in a partially restored condition will be sold by RM Sotheby’s at its Essen auction in the second half of June. It comes bundled with original paperwork confirming it’s actually the very first Puch 500 GE and has had its engine and four-speed automatic transmission serviced recently.