We’ve perused some of the custom creations from armored vehicle manufacturer Inkas before. In fact, we’ve already seen a bonkers Mercedes-AMG G63 limo, stretched and fitted with luxurious touches and enough armor to stop bullets fired from high-powered rifles. However, that was the previous-generation G-Class. Now, the company is literally back in black with a new model.

It all starts with a 2020 G63. Inkas stretches the SUV’s wheelbase to 173 inches, though the seating capacity is listed at just four people. They enjoy significant luxury, however, not the least of which includes fully reclining captain’s chairs with heating and massaging functions. Buyers have a choice of leather or Alcantara surfaces, and if the scenery outside the bulletproof glass isn’t inspiring, a powered partition between the front and rear seats contains a 4K flat-screen television. Sound comes through a premium audio system, and it’s all controlled through a control deck mounted between the rear seats. 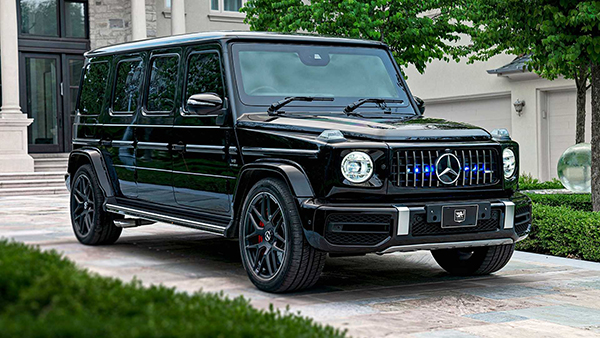 Of course, Inkas doesn’t simply build suave luxury vehicles. As with the previous G63 model, this limo is armored up to meet CEN 1063 BR6 standards for protection. That means the body can block small arms fire up to 7.62 and .308 rounds, and the floor is capable of withstanding the force of two grenades detonating simultaneously. To handle the extra weight, Inkas upgrades the suspension but the engine output remains the same. The G63 already makes 577 horsepower (430 kilowatts) from its twin-turbocharged 4.0-liter V8, so despite the size, it’s not hurting for power. 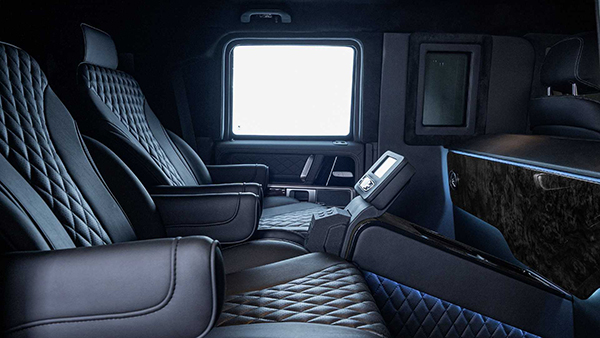 Inkas says the armored G63 limo can be ordered with a variety of interior layouts to suit the specific needs of buyers. The company doesn’t mention cost, but you can imagine such a creation doesn’t come cheap. The previous model from Inkas had a price tag of $1.2 million, so that’s probably a good place to start for the new one.