I meet up with music sensation David Guetta in Dubai. He’s a car fan, so I surprise him with the super rare Philipp Plein Mansory Star Trooper (special thanks to the owner, you know who you are). He’s got the most epic concert happening in Dubai LIVE from the Burj Al Arab. We sing to some of his most famous songs and talk about which car he should buy once he gets his driver’s license. Enjoy guys!

David Guetta was in Dubai this week, to perform on top of the Burj Al Arab. The concert streamed live all over the world and doubled as a charity function, raising money for those most impacted by the ongoing health crisis. While there, he also took time to bond with another influential and popular person in her own field, carfluencer Alex Hirschi, known as Supercar Blondie. 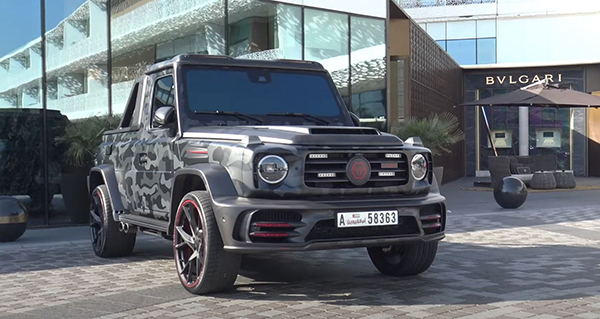 Since Guetta tells Hirschi that he was still up for a new driving test to get his driver’s license, we could imagine this was something she set up so he could enjoy a very rare car. That is to say, since he can’t drive it, the next best thing is hitching a ride in the passenger seat.

The car in question is the Star Trooper, a collaboration by Mansory and Philip Plein with a Mercedes-AMG G 63 as a base. It’s actually a pickup truck, since the rear seats were removed and the car now features an open bed, which, Hirschi says, could actually work for Guetta to do a set. While she drove, she adds with humor. 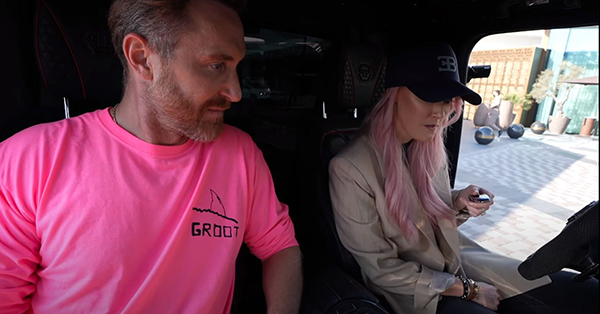 This is one of the seven vehicles of the kind made by Mansory, but it’s the only one to feature this Star Wars-inspired design. Hence the Star Trooper name. It boasts plenty of carbon fiber, a “super pimped” interior (Guetta’s words) with custom and branded Philip Plein work, exhaust controls that amplify the sound of the 4.0-liter V8, blinking blue lights on the grille and an accompanying siren. For musical emergencies, one assumes.

Since he isn’t allowed to drive, Guetta happily agreed to be chauffeured around by Hirschi, while they played his own music. In between gushing about the Star Trooper and discussing his music, Guetta admitted he was very much like James Bond when it came to car preferences. He was partial to Aston Martins and the Rolls-Royce Wraith, which, he said, was luxurious without being too flashy and had a decisive rockstar vibe.