A facelift version of the Mercedes-AMG G63 is on its way and our spies have just spotted it again during winter testing. With its public debut drawing closer, many have speculated about its powertrain but these photos continue to be devoid of one key thing; any sort of evidence that the new G63 will sport a hybrid powertrain.

When this SUV was first spotted during testing in December of 2021, we noted that it wasn’t sporting any ‘hybrid’ badging of any kind. These new photos are similar in that aspect.

Sources indicate that the updated G63 will be revealed sometime late this year or early in 2023. Keep in mind that Mercedes is still working hard towards the production version of the all-electric EQG as well. 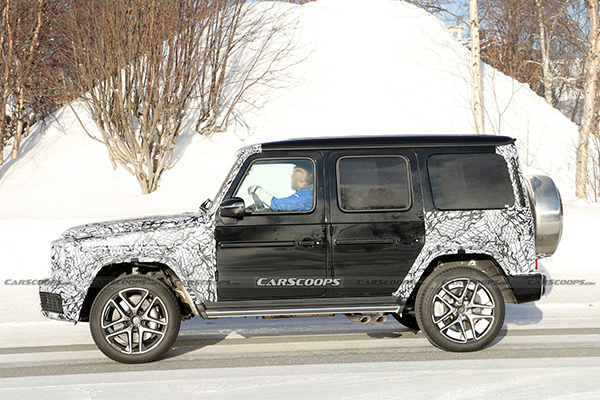 That addition to the future lineup might contribute to the lack of electrification on the internal combustion G63. From what we can see in these spy photos, changes to the exterior styling of the iconic off-roader will be kept at a minimum. As they say, you don’t change a winning team after all.

Both the front and the rear of the vehicle have small nips and tucks here and there but nothing is wildly different from what we can see. Of course, being one of Mercedes’ most classically styled vehicles, that makes sense. Still, they’ll surely update parts of the interior as well. 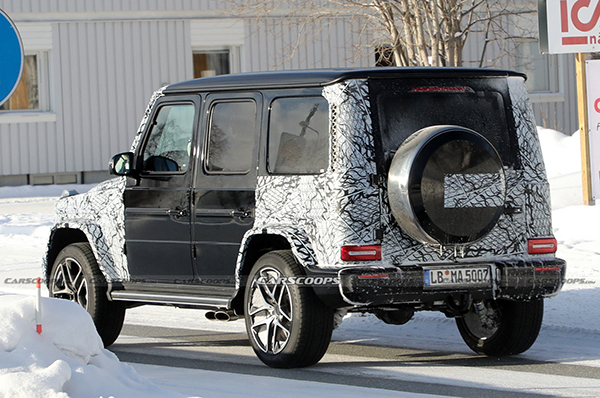 For example, we fully expect Mercedes to update the cabin with its latest (we hope) MBUX infotainment system that’s already in pretty much everything else that they build. It seems likely that Mercedes will continue to use the same twin-turbo 4.0-liter V8 that’s in the current AMG G63.