Calm before the storm – gearing up for a day on the road here at HQ with the BRABUS 800 Adventure XLP Survivial! Purpose built to tackle any challenge on any terrain, any time. 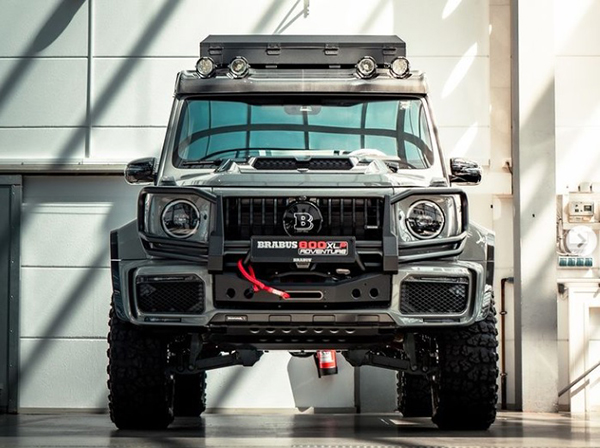 BRABUS likes to take things a bit further when it comes to Affalterbach-born performance machines, getting AMGs fresh out of the factory and putting them through their magic tuning treatment. It ultimately involves enhanced performance figures, more luxurious interiors, unique styling, and supreme driving emotions for anyone behind the steering wheel. 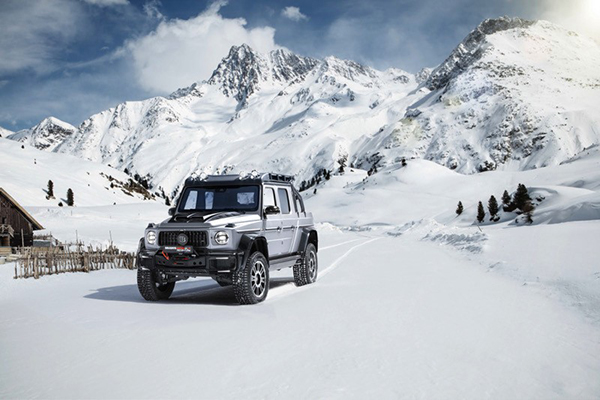 During the 2020 online-streamed Geneva Motor Show, BRABUS made a striking appearance with an 800 hp G 63 based project, which featured serious off-road credentials, aggressive styling, and…a flatbed, including a drone landing pad! Yes, the 800 Adventure XLP is a pick-up truck with a G-Class body and sportscar-matching agility.

Indeed, this mad G-Class comes with the same twin-turbo 4.0-liter V8 as the G 63 but is extensively modified by BRABUS engineers. They have fitted the 800 PowerXtra + performance package that replaces the turbochargers with reconfigured BRABUS high-performance ones, which feature larger compressor units and reinforced axial bearings, resulting in maximum boost pressures of 1.6 bars. 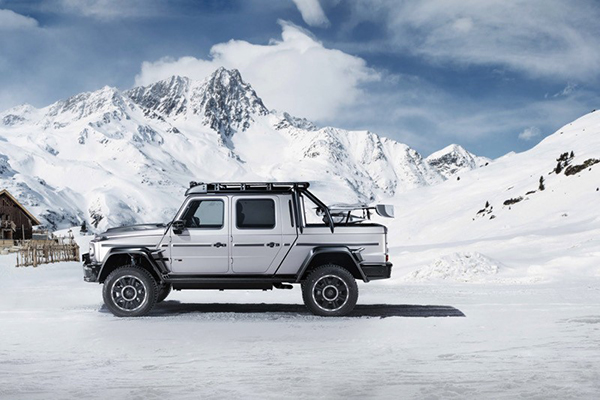 Furthermore, the engine mapping has been completely reworked. Comprehensive reprogramming has been performed for various engine running processes such as injection, boost pressure control algorithms, or ignition and is readily available using the PowerXtra ECU module. Not least, the fine-tuned V8 produces a roaring concert near its side-mounted exhaust tips that take advantage of the Boost Xtra sound kit fitted to the bypass valves.

As its name suggests, the massive powerplant develops 800 hp and a peak torque figure of 1,000 Nm (737 lb-ft) at only 3,600 rpm. These numbers translate into a sprint to 62 mph (100 kph) in just 4.8 seconds. Understandingly, the only thing that limits the Adventure XLP G-Class from tearing up the autobahn at crazy speeds is the all-terrain tires it comes equipped with, meaning that after 130 mph (210 kph), the mad speedup halts for safety reasons. 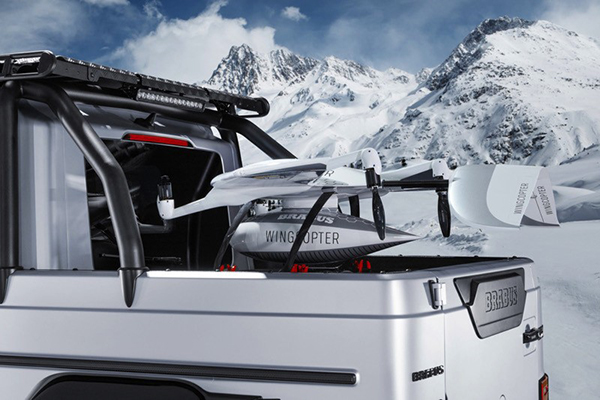 The flatbed design of the Adventure XLP required the wheelbase to be increased by 20 inches (50.8 cm), translating into a 27.1-inch (68.9 cm) longer track than the original G 63. The engineers used specially-designed software to run the computations needed to successfully modify the ladder-type frame of the vehicle and substitute the mounting points for the rear suspension assembly while keeping intact the primary torsional rigidity of the chassis.

The suspension system has been entirely revised, BRABUS adding their newly-designed coil-over kit with portal axels. Consequently, the Adventure XLP G-Class allows for a higher ground clearance of up to 19.2 inches (48.8 cm) that can be electronically controlled via the infotainment system using MB’s own dynamic select.

The BRABUS “Widestar” carbon body kit perfectly complements the vehicle’s added capabilities and adds an extra 4.3 inches (11 cm) of width. Moreover, the rugged looks conclude with the 325 section, all-terrain Pirelli tires. Optionally, the Adventure XLP can be fitted with a carbon-fiber luggage roof rack that highlights LED lighting and a wind deflector.

Not least, the model BRABUS presented at Geneva showcased a landing pad implemented in the flatbed designed for the “Wingcopter.” It is a 150-mph (241-kph) drone that could outperform its host in terms of sheer speed and could become handy in circumstances that would require urgent air-delivery of supplies or equipment.

Inside this giant, you are greeted with the fine leather upholstery that BRABUS is consecrated for, hand-tailored to the exact specifications of their clients.

An ultimate G-Class in many eyes, the BRABUS 800 Adventure XLP is a one-of-a-kind design that combines unbeatable off-road capability with utmost luxury and physics-defying performance for its size. A priceless collector’s item for some, the perfect adventure companion for others, this machine truly impresses any enthusiast with its unmistakable demeanor.