The finishing touches are being applies to the new fully electric Mercedes EQB crossover. It will follow the all-new Mercedes EQA into the showrooms in early 2021, increasing the brand’s electric offerings to four models. 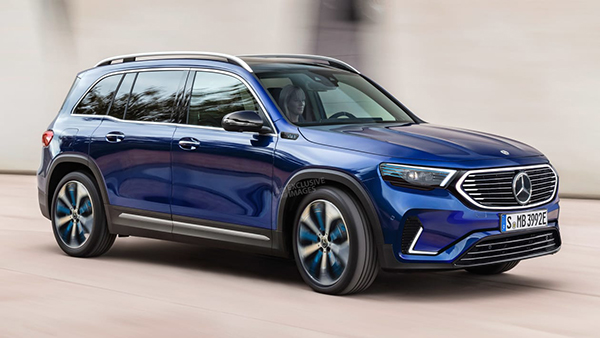 Our exclusive images preview the EV’s styling, which will adopt a prescribed range of styling cues, destined to feature on all the models in Mercedes’ expanding EQ line-up. Like the EQA and EQC, it’ll sport a pair of slim headlamps, a redesigned radiator grille and an aerodynamically efficient front bumper.

Robert Lesnik, Mercedes’s director of exterior design, told Auto Express: “We believe that every Mercedes needs a face. This is something that we introduced on EQC and will show on other cars. There will be different variations of this (the front and the rear) throughout the EQ family, but they will all share a similar form language. 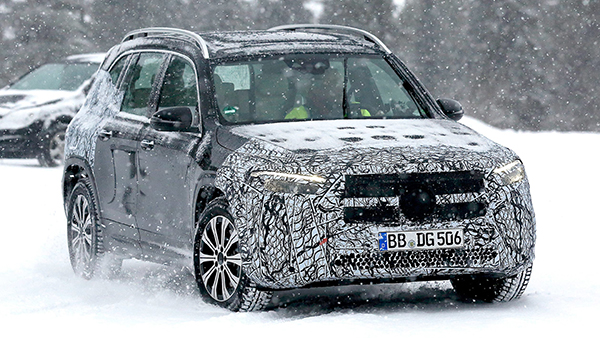 The new EQB will share its platform with the combustion-engined GLB. As such, it’ll be based on a modified version of Mercedes’ existing MFA2 underpinnings, which is also used by the latest A-Class, B-Class and CLA. We expect it will adopt a similar electric powertrain to the new EQA, with an electric motor at each axle and a battery pack mounted on its spine.

However, while the regular GLB is available as a seven-seater, with two folding seats located beneath the boot floor, it’s unlikely that the EQB will be offered in this configuration due to the extra space required for the electric motors and battery. 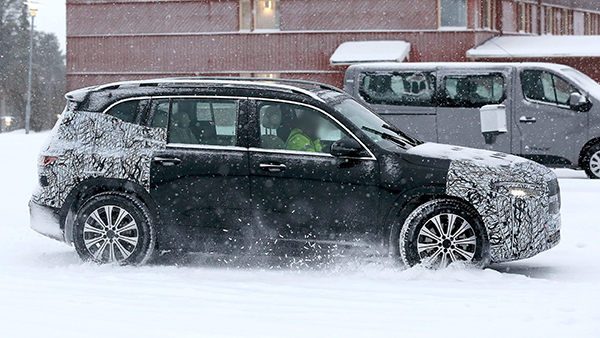 Exact details on the EQB’s powertrain are yet to be confirmed but, like its EQA sibling, power and torque figures should be in the region of 270bhp and 500Nm respectively. Also, to remain competitive with its electric crossover competition, such as the Kia e-Niro, we expect it will have a maximum range of around 300 miles.

Lesnik added: “Two years from now there will be 10 cars; that’s what I want.” Thus far, Mercedes has confirmed five of the 10 models that will make up the EQ portfolio – four of which are either in production or close to market release. 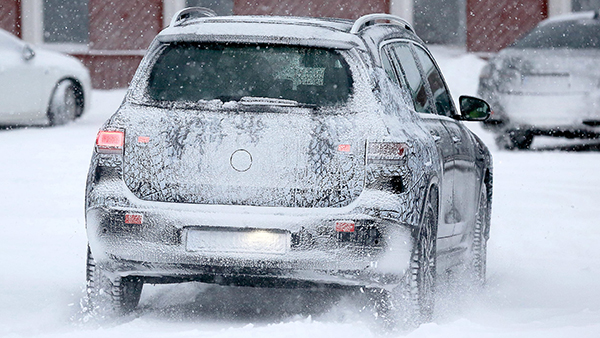 The upcoming EQS saloon, which was previewed by a concept car at the 2019 Frankfurt Motor Show, is the model yet to be finalised. When it eventually goes on sale in 2022, it will be the company’s halo model, acting a rival for the Tesla Model S.

Mercedes executives have also previously confirmed to Auto Express that, among the 10 new models, there will be “several sedans,” while we expect a small commercial vehicle and various SUVs to complete the rest of the line-up.