Mercedes-Benz has released pricing information for the latest E-Class lineup, which ranges from the base E350 to the fire-breathing E63. Sedan, coupe and station wagon models will arrive for the 2021 model year. 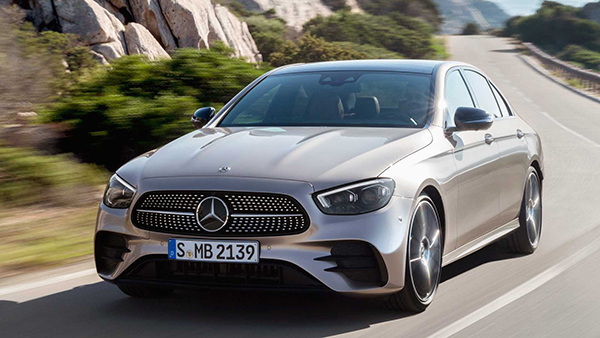 Pricing for the 2021 E350 sedan starts at $55,300 once a mandatory $1,050 destination charge is added to the bottom line. It’s powered by a turbocharged, 2.0-liter four-cylinder engine that generates 255 horsepower and 273 pound-feet of torque. Rear-wheel drive comes standard, and 4Matic all-wheel drive is a $2,500 option.

Next up in the sedan hierarchy is the E450, which is priced at $63,050 and is exclusively offered with 4Matic. It receives a 362-horsepower, 3.0-liter straight-six engine paired with a 48-volt mild hybrid system.

From there, the way to the top of the sedan range takes buyers through AMG-controlled territory. The E53 ($74,950) receives a 429-horsepower version of the aforementioned six, while the full-fat E63 S ($108,550) carries on with its predecessor’s 4.0-liter V8, which is twin-turbocharged to 603 horsepower and 627 pound-feet of torque. 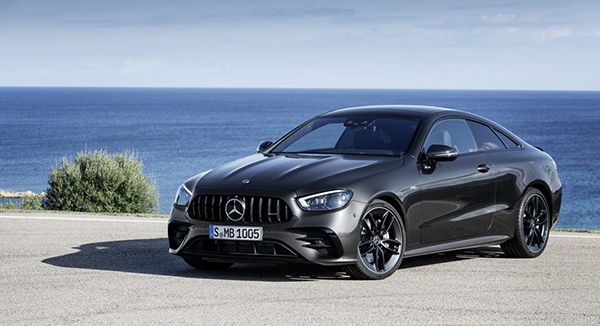 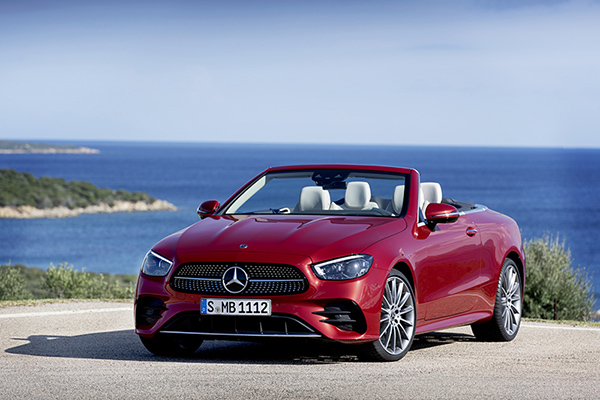 Got kids, kayaks, or both? It’s the wagon you’re likely after, then, and your options are limited to the E450 All-Terrain or the E63 S. More rugged-looking and a little bit taller than the standard long-roof E-Class, the All-Terrain (pictured) starts at $68,650. It’s new to the American market, though it has been available in Europe and in a handful of other global markets since 2016, and it replaces the regular E-Class station wagon on the American market. Finally, the flagship E63 S and its hand-built, 603-horsepower V8 will set you back $113,500. 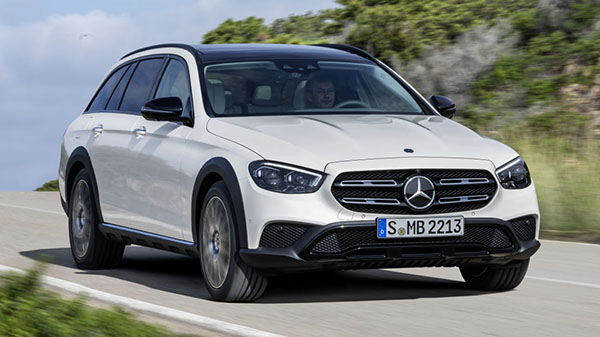 All three body styles will enter the 2021 model year with styling tweaks inside and out, and more technology inside. Looking ahead, Mercedes plans to add a gasoline-electric plug-in hybrid model to the range.

Mercedes-Benz dealers across the nation will begin receiving the updated E-Class by the end of 2020. When the model lands, it will continue to fight in the same segment as the BMW 5 Series and the Audi A6. More specifically, the All-Terrain will need to fend off the A6 Allroad, while the E63 will battle against the RS 6 Avant.