This is the facelifted Mercedes-Benz E-Class Coupe. It goes on sale in the UK in June, priced from around £46,000, with first deliveries due in the Autumn. 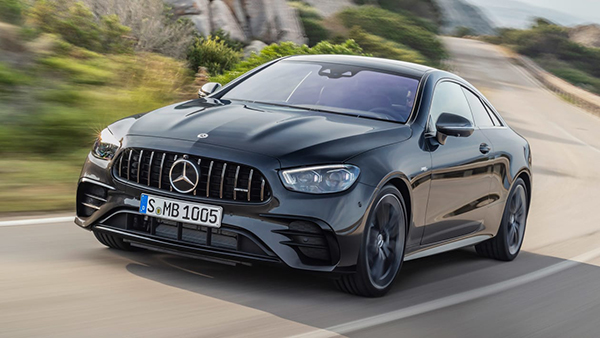 The refreshed coupe follows the convention established by the facelifted E-Class saloon, with an evolutionary exterior redesign and a few small design changes in the cabin, but also updated technology and powertrains. 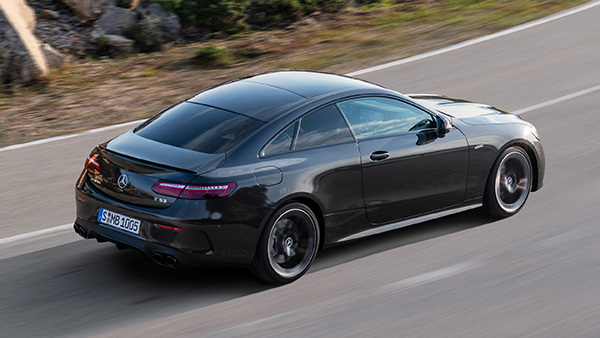 The new look front end is defined by a new set of LED headlights, flatter in design than before and flanking a new look grille. The other major change on the outside is the arrival of new look LED taillamps, while Mercedes has expanded the E-Class Coupe’s colour palette with high-tech silver, graphite grey metallic, mojave silver and patagonia red colour options added. 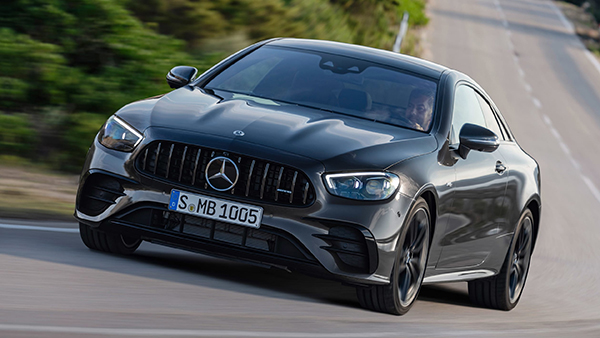 Elsewhere, a new set of aerodynamic alloy wheels makes the options list, while Multibeam LED headlights are also an option. 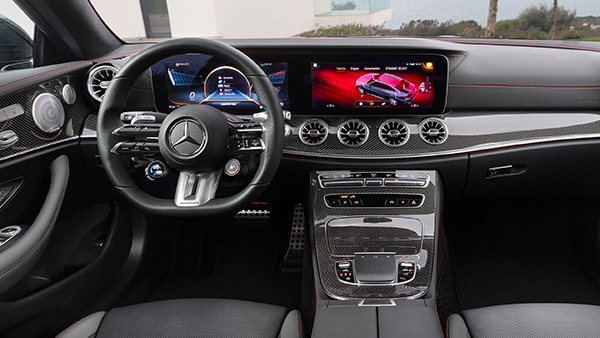 The main design change inside is the fitment of a new touch-sensitive steering wheel lifted from the saloon. It’s arrival also means that the driver no longer needs to apply any steering input to keep the E-Class coupe in semi-autonomous drive mode on motorways – a hand on the wheel can now be detected, and is sufficient. 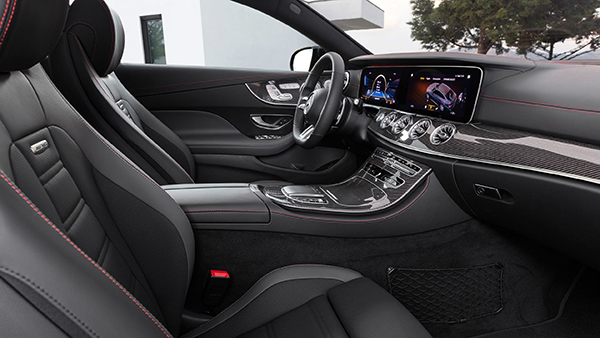 Mercedes’s latest MBUX infotainment system also appears in the new coupe, which comprises two screens measuring either 10.25-inches or 12.3-inches across, spanning the width of the dashboard as before. 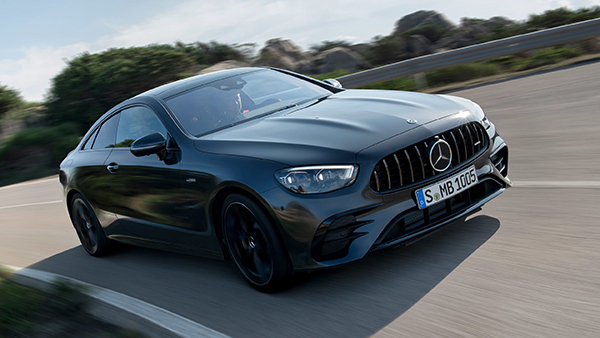 A new interior feature arrives in the form adaptive seat adjustment – the driver inputs their height, and the seat moves automatically to a position that should be suitable, for further fine tuning. ARTICO man-made leather, embossed leather, and nappa leather with diamond quilting are all available. 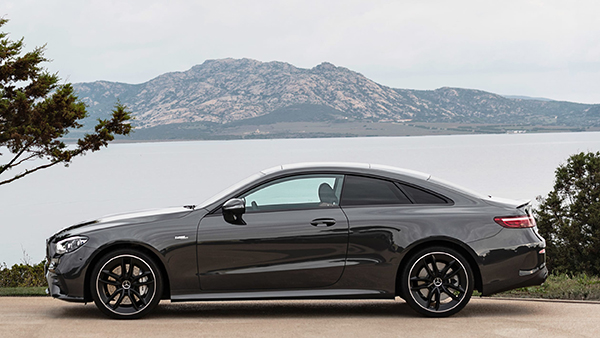 Urban Guard is another new addition. This anti-theft and vandalism feature links up with the Mercedes Me smartphone app, to immediately alert the owner if the vehicle detects it has been bumped into, towed or broken into. It can also locate the vehicle on a map with pinpoint precision, for police recovery. 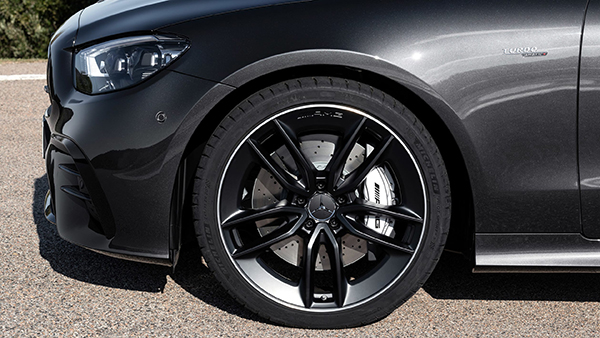 The engine line-up consists of turbocharged four and six-cylinder petrol and diesel engines, with 48-volt mild hybrid technology added to the four-cylinder diesel line-up. Every model is fitted with a nine-speed automatic gearbox. 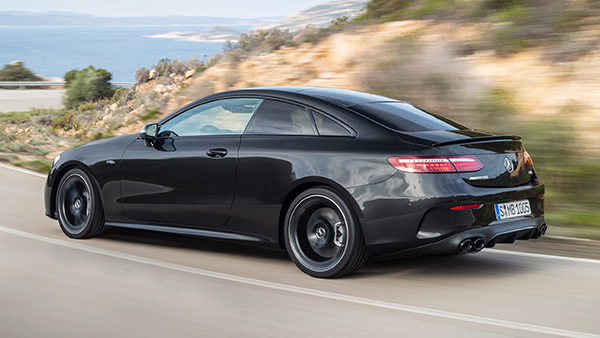 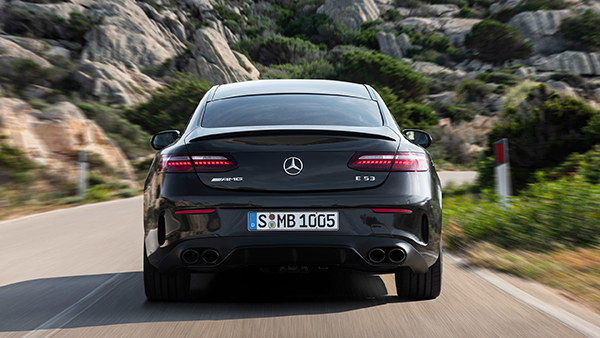 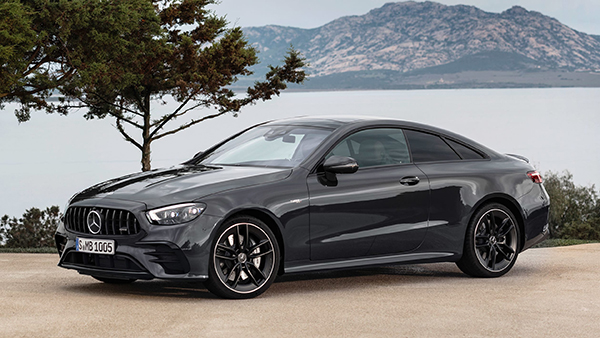 At the top end of the range you’ll find 3.0-litre two six-cylinder petrol models, both the 48-volt mild hybrid assistance. The E 450 4MATIC features 268bhp, covers 0-62mph in five seconds and has a top speed of 155mph. For buyers wanting peak performance from launch, the Mercedes-AMG E 53 4MATIC Coupe is offered. 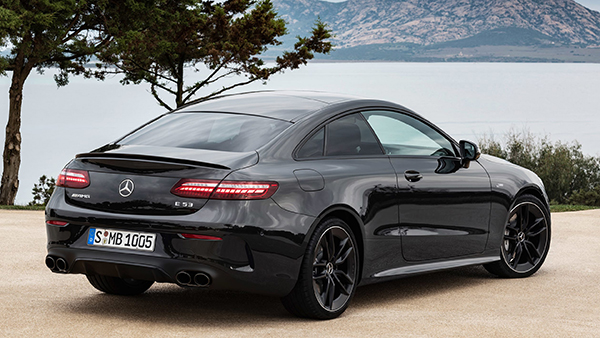 Alongside a range of AMG styling tweaks and bespoke chassis settings, its 3.0-litre turbocharged, 48-volt assisted straight six pumps out 429bhp and 520Nm torque, enabling 0-62mph in 4.4 seconds and a top speed of 168mph with the AMG Driver’s Package fitted.