Even though the Mercedes E-Class was given a facelift for the 2021 model year, work has already begun on a brand new model that will compete with the next-generation BMW 5 Series. Back in June, we caught Mercedes testing the all-new E-Class disguised as the pre-facelift model, and now Autocar has learned new details about the redesigned luxury sedan. 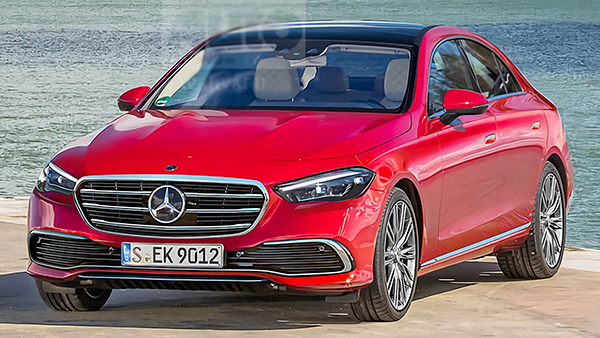 In terms of styling, the next E-Class (the current generation is pictured below) will borrow cues from the new S-Class, including the flagship sedan’s large chrome grille and redesigned headlights, while the rear will combine elements from the S-Class and C-Class. The new E-Class will also have a longer wheelbase and a wider track, but overall the styling changes will be evolutionary, though the wheelbase will be longer.

For the first time on an E-Class, a rear-wheel steering system will be available offering up to ten degrees of steering at the rear along with air suspension. Bigger changes will be found under the hood of the range-topping AMG E63, however.

Like the next-generation C63, the current model’s twin-turbo 4.0-liter V8 is expected to be replaced with an electrified turbocharged 2.0-liter four-cylinder unit to comply with emissions regulations. With electrical assistance, this more efficient unit will reportedly generate up to 600 hp. This matches the output of the current V8-powered E63, so we suspect it will be higher. 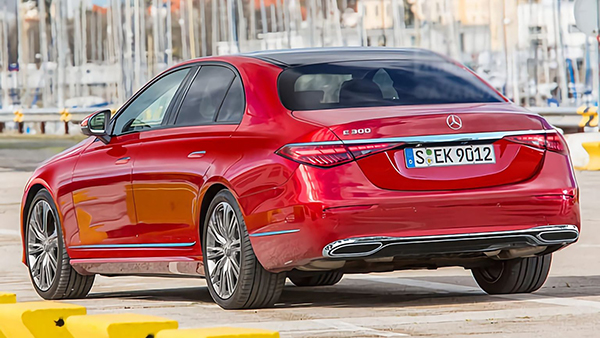 In the US, we’re expecting non-AMG variants to utilize the facelift model’s turbocharged 2.0-liter and turbocharged 3.0-liter inline-six engines with a slight power boost, paired with a nine-speed automatic transmission. Powered by a 28.6 kWh battery, all plug-in hybrid versions will have a range of over 62 miles.

As you would expect, the new E-Class will be a technological tour de force, with lidar sensors providing level three autonomous driving. Cabin tech from the flagship S-Class will also carry over, including a portrait-style display and a freestanding digital instrument cluster with optional 3D graphics.

The new E-Class is expected to go on sale in the first half of 2023, followed by a new version of the E-Class All-Terrain in 2024. The coupe and convertible, on the other hand, will reportedly be replaced with the new CLE.