When the 2020 Geneva Motor Show kicks off in a few weeks, Mercedes will be there with a stable of new products. It’ll be the auto show where we finally see the refreshed E-Class we’ve seen so much of over the last few months. And it won’t be alone. Mercedes is bringing new things we’ve never seen before, and a few we have, to the event. 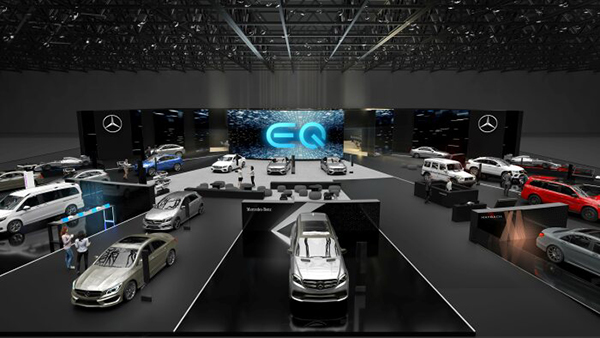 The big star is the redesigned E-Class Mercedes teased last month. The visual changes will be minor, updating the front and rear fascias with a new design and lighting elements. Inside, changes will also be limited. There will be a new steering wheel, and Mercedes will upgrade the infotainment system with MBUX.

While the visual changes and added tech are nice, the bigger news is the model’s propulsion. Mercedes will offer the E-Class with at least seven plug-in hybrid models, which includes 4MATIC and wagon variants. There’ll be two new engines, too – a 268-horsepower (200-kilowatt) 2.0-liter four-cylinder mild hybrid and a 3.0-liter inline-six making 362 hp (270 kW).

As with other Mercedes models, there will be an AMG E-Class. One of the hybrid models and the AMG variant will be revealed at the event along with two other AMG SUVs, though Mercedes doesn’t say which hopped-up SUV models we should expect.

Also set to be on display at the show is Mercedes’ Marco Polo camper van that got a significant update earlier this year. It features the MBUX infotainment system and MBAC (Mercedes-Benz Advanced Control), which allows for the central control of living area functions such as lighting and heating. Mercedes will also display its Vision AVTR concept.

Mercedes will show off all that it’s brought to Geneva on March 3 with a livestream broadcasting the event online. Tune in then fore more information.