As we already talked about with the 2021 Mercedes-Benz E 450, Mercedes hasn’t done much to change its already-excellent midsize luxury sedan and wagon. And there are even fewer changes for the E 63 S wagon we’re talking about, here. The E 450 got a new engine, but the AMG E-Class models have completely carryover mechanicals, leaving just some light restyling and technology updates to distinguish the model. That’s all right, though, because the E 63 S is still a spectacular do-everything machine. 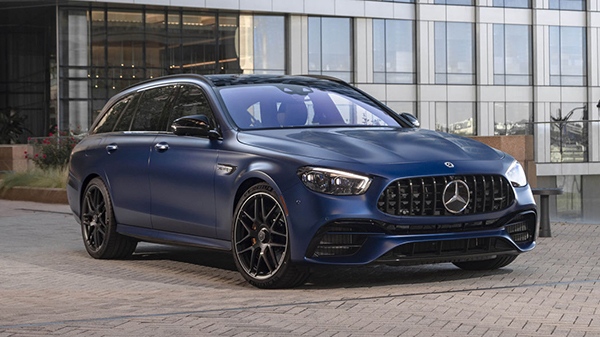 Those mild changes for the new model year include a more aggressive front fascia, and redesigned headlights and taillights. Inside, it gets the full MBUX infotainment treatment, including the addition of a touchscreen, a new touchpad design, touch-sensitive steering wheel buttons and natural speech recognition. Its navigation system also has an augmented reality display to more clearly highlight turns and streets. Meanwhile, the suite of safety tech now includes an adaptive cruise control that can automatically adjust speed based on traffic, road signs and road types. 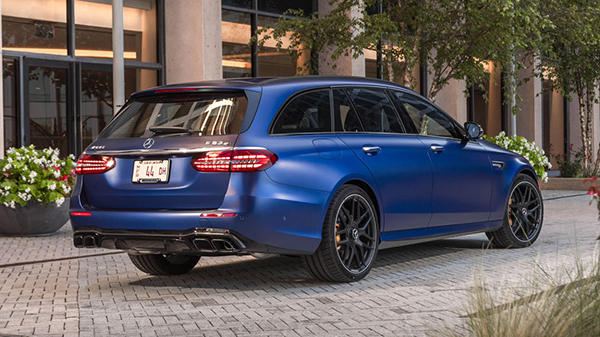 But anyone buying the E 63 S in sedan or wagon form isn’t necessarily buying it for incremental technology upgrades. They’re buying these machines for the performance, of which the E 63 S has plenty. The twin-turbo 4.0-liter V8 still makes 603 horsepower and 627 pound-feet of torque, and it’s as entertaining as ever. It has a rippling rumble under acceleration, and with the exhaust in its loud mode, it crackles and bangs with little provocation when decelerating. Power builds smoothly, and at higher rpm with a fully wound up engine and turbo, it’s very responsive. At lower rpm, though, it’s not as quick to wake up as a similarly sized and powered competitor such as the M5. It’s a similar case with the nine-speed automatic, which has solid programming and smooth shifting in any mode, but simply doesn’t change gears as fast as the competition. 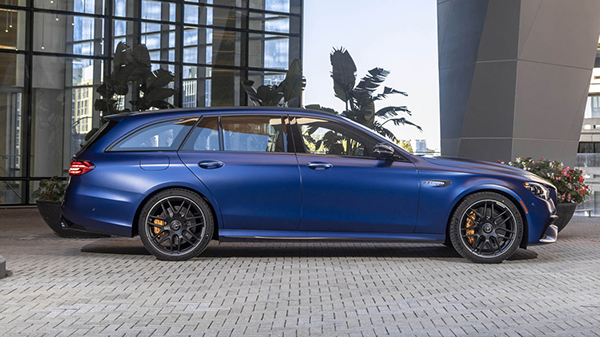 Normally, you would expect a 600-horsepower car’s highlight to be its monstrous engine, but in the case of the E 63 S, the chassis impresses as much, if not more than the powertrain. It has incredible capability, as do some of its competitors, but the precision and the communication the car provides makes it fun to explore its potential. There are a variety of modes ranging from Comfort to Race, which adjust the firmness of the air suspension, throttle sensitivity, steering weight, transmission shift points and driver assist settings. Even the engine mounts stiffen up in the sporty modes. Despite the name, Comfort mode is firm and sporty, compared with a regular E-Class, but plenty compliant. The Sport and Race modes can be a bit rough, but they’re well controlled ensuring stability on bumpy corners. Regardless of mode, the car feels light and responds rapidly. The steering is quick and precise, and with the extra weight in the sportiest modes, there’s a surprising amount of feedback. There’s lots of grip from the tires and all-wheel-drive system. The latter adjusts the torque split front and rear, and can even send all power to the rear wheels. This helps provide the more neutral feel of a rear-drive car, but also enables the rear-drive-only Drift mode that’s accessible in the Race setting. (And if you don’t understand the ironic appeal of seeing (or experiencing) a midsize luxury wagon doing burnouts and power slides, then you probably don’t understand the appeal of the E 63 S Wagon.) 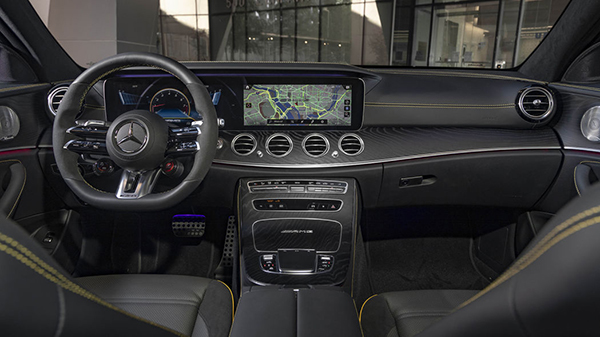 When not playing Lewis Hamilton, the E 63 S is a lovely cruiser and commuter, just like its more mellow siblings. The interior features high-quality leather, metal and wood trimmings. The ambient lighting is flashy. The dual 12.3-inch screens are bright and sharp. The only weak points are slightly tight leg and knee room for front and rear passengers, and as we noted in the full E 450 first drive, the touch pad and touch-sensitive steering wheel controls require too much concentration and dexterity to operate such a densely feature-packed infotainment system. 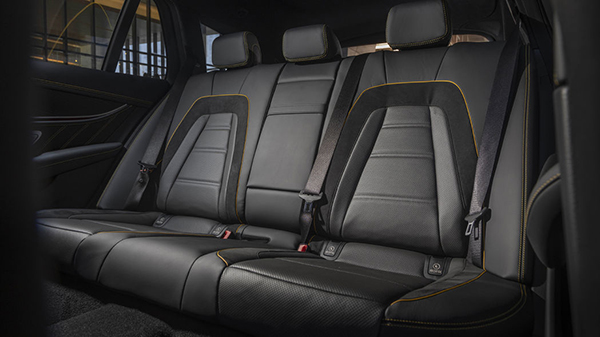 Of course, one of the other attractive things about the E 63 S is that you can get this wagon variant of it, which adds loads of cargo space to the loads of horsepower. It has more than 20 more cubic feet of space behind the rear seats compared to the sedan, for a total of 35. Fold down the rear seats and that space expands to 64 cubic feet. In fact, the space behind the rear seat is even bigger than the 33.3 cubic feet of the GLE 63 S. That crossover does have more space with the seats down at 74.9 but most of that is space up high. The E 63 S wagon is also more efficient than the GLE 63 S (19 mpg combined versus 16), cheaper ($113,500 versus $114,945), and since its lighter and lower, will almost assuredly be the better vehicle to drive. The choice seems pretty obvious to us. 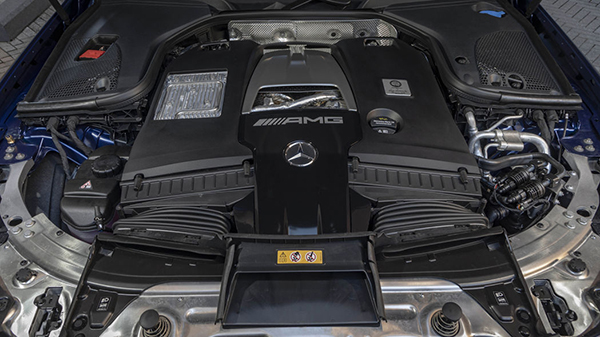 The E 63 S compares favorably to the competition outside of the brand, too. Especially the wagon, which has only one true competitor: the Audi RS 6 Avant. We haven’t driven it yet, but at least on paper, the Mercedes is more powerful, faster though it costs about $3,000 more than the Audi. Depending on how different the cars drive, picking between the two will come down to how much you value the extra performance, and what your style preference is. The Audi looks more aggressive from the outside, and has a more technological, minimalist interior design. Expanding the competition to fast sedans brings the BMW M5 into the mix. It’s the power king in Competition trim, but has less torque than the Mercedes or the Audi in both versions. The base M5 undercuts even the E 63 S sedan, and the M5 Competition slides in between the two body styles. But the M5’s drab interior and lackluster daily driving experience make it a less appealing overall package than the Mercedes. 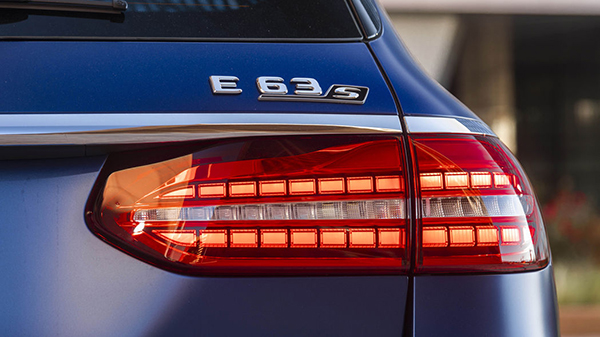 So the Mercedes-AMG E 63 S hasn’t really changed. So what? It’s still a riotous monster that will be a peaceful commuter when you need it, too, and in wagon form, it will help you move a couch. It’s one of the best all-around cars you can buy.