Only 63 hours until Next Level E PERFORMANCE will be unveiled. Together with Mercedes-Benz, we will celebrate its world premiere on September 21, at 4 p.m. (CEST). Stay tuned and join in.

Only 63 hours until Next Level E PERFORMANCE will be unveiled. September 21, 4 p.m. (CEST). Tune in. By Mercedes-AMG

Mercedes-AMG finally announced the debut of the new C63 that will arrive on September 21. The M3 rival swaps the V8 of the previews generation for a more powerful plug-in hybrid setup and gets the E Performance moniker.

The video teaser that was published on Instagram is showing a silver C63 from different angles, revealing a few design details including the side gills, the LED lighting units, the AMG-style alloy wheels, and the carbon-fiber lip spoiler at the back.

The truth is that we have already seen most of the C63’s aggressive bodykit, since AMG exhibited a lightly camouflaged prototype a few months ago at Goodwood. This one was wrapped in a special livery that did little to hide the design of the performance-focused sedan, including the extra bits from Affalterbach.

Compared to the less powerful Mercedes-AMG C43 4Matic, the C63 sports slightly sportier front bumper intakes, unique side gills with “turbo” lettering, a more prominent rear spoiler and beefier rectangle-shaped quad-exhaust pipes. The performance flagship of the C-Class range will be available in both sedan and estate bodystyle flavors, going against the family-friendly BMW M3 Sedan/Touring and the Audi RS4 Avant. 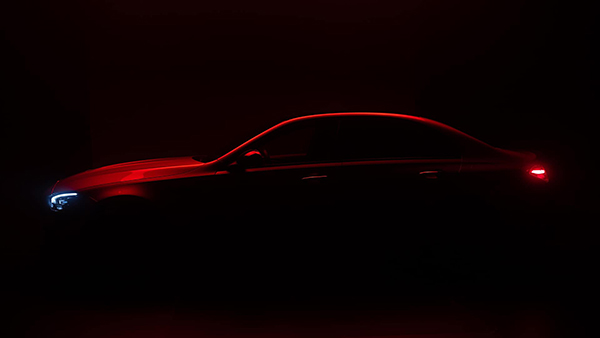 Those class-leading numbers will be achieved thanks to a 2.0-liter four-cylinder engine with a 48V mild-hybrid system and an electric turbo producing 464 hp (350 kW / 470 PS), plus a rear-mounted electric motor contributing another 198 hp (150 kW / 201 PS) to the rear wheels. The model will come standard with the rear-biased and drift-friendly 4Matic+ all-wheel-drive system and a nine-speed automatic gearbox.

We will learn more about the new Mercedes-AMG C63 E Performance – including its much-anticipated performance numbers – on September 21. Note that the E Performance badge was introduced by the flagship AMG Four-Door GT, and will gradually find its way on the electrified “63” variants of the C-Class, E-Class, AMG GT sportscar, and SL roadster.