Honestly, considering how most new car buyers are only interested in crossovers, SUVs, and pickups, we never thought we’d see an M3 Touring from BMW M. But here we are, in 2022, with such a model set to launch in a handful of markets, including Europe and Australia, this fall, with production kicking off in November. 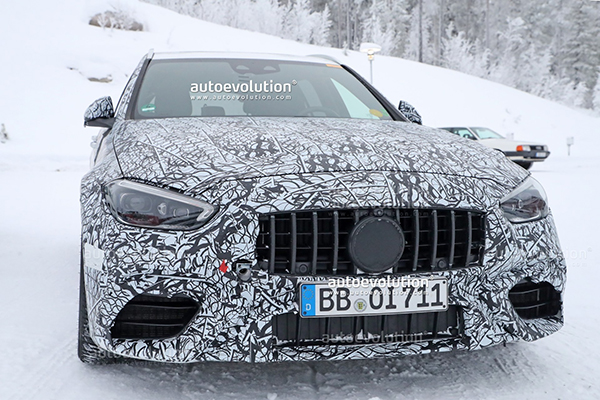 Besides the punchy mill, gearbox, M-tuned AWD, and distinctive looks, including the bucktooth grille, the M3 Touring also features a re-tuned chassis, with stiffer suspension. It has an Active M differential, high-performance brakes, with optional ceramic discs, and 19- and 20-inch forged alloys. Despite its more practical nature, with up to 53.3 cubic feet (1,510 liters) of storage with the rear seats folded down, it is very fast. In fact, it is the quickest wagon on the Nurburgring, having lapped it in 7:35.060 minutes.

Mercedes-AMG’s answer to the BMW M3 Touring, and the Audi RS 4 Avant, the C 63 Wagon, is currently in the process of being completely renewed. The 2023 model has yet to drop the camouflage, and when it does, it will reveal the Panamericana grille up front, with vertical slats, bigger front and rear bumpers, roof-mounted spoiler, quad exhaust pipes, AMG badging, exclusive wheels and colors, and a few other bits and bobs. The retuned chassis, sharper steering, and improved braking system will be part of the makeover too, further setting it apart from the regular five-door C-Class models. 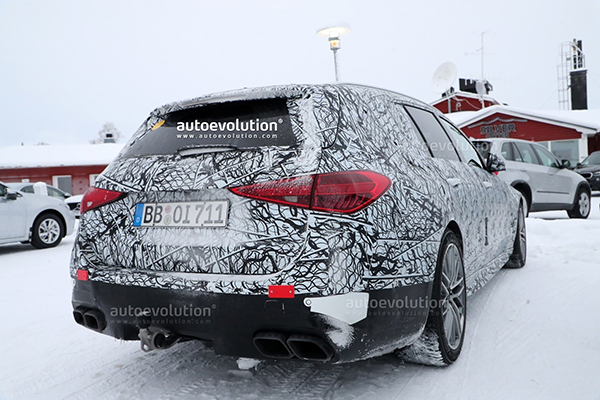 Sounds good, doesn’t it? It sure does, until you remember that unlike its predecessor, which featured a twin-turbo 4.0-liter V8, the upcoming C 63 will pack a 2.0-liter inline-four. Likely the one used in the ‘45’ lineup, it is understood to produce around 450 hp, and with the electric motor, it should have up to around 650 hp combined in boost mode to play with. If true, then the output will give it a 200-hp advantage over the RS 4 Avant, and a 140-hp one over the M3 Touring.

With this move, Mercedes-AMG has made the C 63 Estate (and Sedan) future-proof, but they have lost the cool factor, as enthusiasts will always be tempted to go for a bigger motor, and therefore might choose its rivals, unless they’re diehard AMG fans. We wouldn’t be surprised if the company tries to compensate for the lack of a sonorous mill with fake engine noise; after all, they hope that petrolheads will forget about it, as it does feature four tailpipes, one for each cylinder.

Only time will tell if the 2023 C 63 Wagon will live up to expectations, and fortunately, we won’t have to wait that long to find out everything there is to know about it, as it should launch before the end of the year. The question is, which of the three would you buy and why? It’s a tricky one, though for me, it would probably be the RS 4 Avant, for that gorgeous design, and potent quattro AWD.