Mercedes-Benz C-Class is due for a redesign, and our spy photographers have caught the model in various trims out testing. The entire lineup will get a new look, new powertrains, and new interiors, from the entry-level model to the top-tier AMG offering. That range includes the mid-range AMG model, the AMG C53, and a new batch of spy photos shows the sedan’s ongoing development. 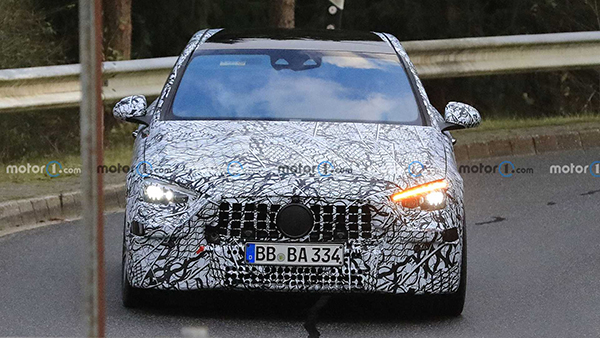 The car is wearing a bit less camouflage than before, though there still appears to be some cladding at the front underneath the foil. However, we do see production lighting elements front and rear, indicating its development is coming along nicely. While this is the less of the two AMG models, it still features some tell-tale signs of performance. The quad exhaust is one clear indicator of the sedan’s potential output. It’s expected to wear the Panamericana grille, too. 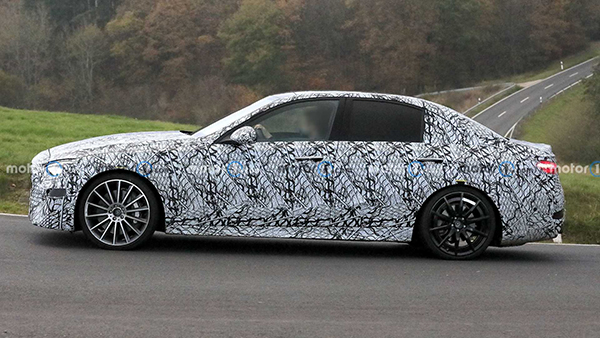 The new AMG model should come with a new engine. Rumors suggest the V6 is out as Mercedes will replace it with the company’s power-packed 2.0-liter four-cylinder. In some Mercedes models, the mill makes 416 horsepower (310 kilowatts), which would be a nice improvement over the 385 hp (287 kW) twin-turbocharged 3.0-liter V6. There’s a good chance the mill could make even more power in the C53, though it should pair with a nine-speed automatic regardless of its output. Even the C63 is expected to downgrade from its brawny V8 to a four-cylinder hybrid setup. 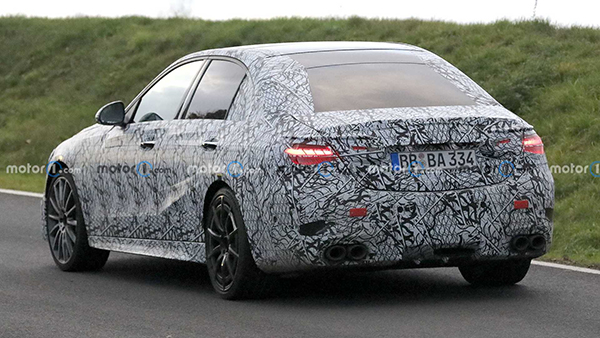 We won’t see Mercedes begin to roll out the new C-Class until late next year. However, we do expect to see the AMG C53 also debut alongside it. The hotter C63 likely won’t come for about another six months after. All the new C-Class offerings will get a revamped interior, new features and technologies, and a new exterior look, though we doubt Mercedes will get too wild with the design.