Mercedes has expanded its AMG line of performance cars with mid-range models designed to bridge the gap between the mainstream products and the hotter full-blown AMG models. For the C-Class, that will likely be the C43, or whatever Mercedes decides to name it. Spy shots have shown the lesser AMG model out testing, and a new batch of photos show the sedan cold-weather testing in Sweden, though it’ll be a while before the car drops its camouflage. 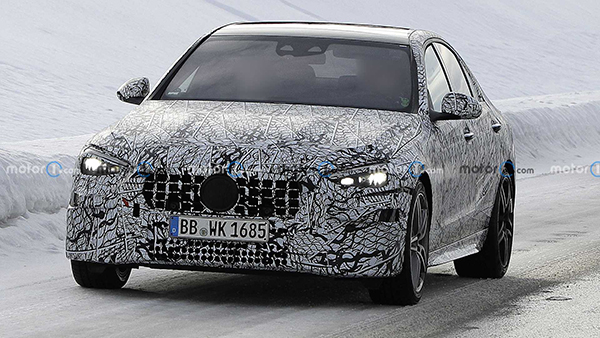 The latest batch of pics shows the car still covered in camouflage and cladding even though Mercedes has already revealed the updated C-Class. The cladding at the front hides the C43’s more aggressive front bumper, which likely includes larger grille openings and intakes. It’s much harder for Mercedes to disguise the C43 at the rear as the quad exhaust pipes sticking out spoil any surprise hiding under the hood. The C43 will look similar to the mainstream C-Class model, which itself wasn’t a drastic departure from the previous gen’s design. 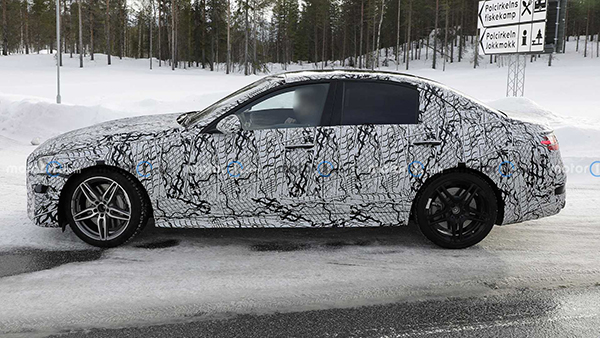 While we don’t expect the C43’s design to distract, people will notice what’s under the hood – or, more likely, they’ll notice what’s missing. The twin-turbocharged 3.0-liter V6 is gone, Mercedes replacing it with hybrid technology. The company will instead install its potent turbocharged 2.0-liter M139 four-cylinder. It develops 416 horsepower (310 kilowatts) and 369 pound-feet (500 Newton-meters) of torque. That’s more horsepower than the V6, though the four-pot engine is down on torque. However, the mild-hybrid tech should help the 2.0-liter leapfrog the V6’s performance output.

Mercedes revealed the 2022 C-Class a few weeks ago, so we likely won’t see the AMG C43 debut until later this year. The company could even push it until early 2022. We expect Mercedes to reveal both the sedan and wagon at the same time, though the lesser C-Class AMG model will break cover before the hotter C63 arrives in both body styles.