With the release of an all-new Mercedes-Benz C-Class comes the question of what Mercedes-AMG performance models will be like. With the 2021 model, you got the option of the bonkers C63 or the tamer C43, but it now seems that the latter may be about to make way for something else, and judging by the name, that something else could close the gap between the former C43 and the C63. Enter the C45. If you were expecting to see the C53 designation, sorry. Mercedes doesn’t seem to care that its E, CLS, and GLE models are available with the 53 nomenclature, and since the C-Class won’t get six-cylinder engines, it makes sense. 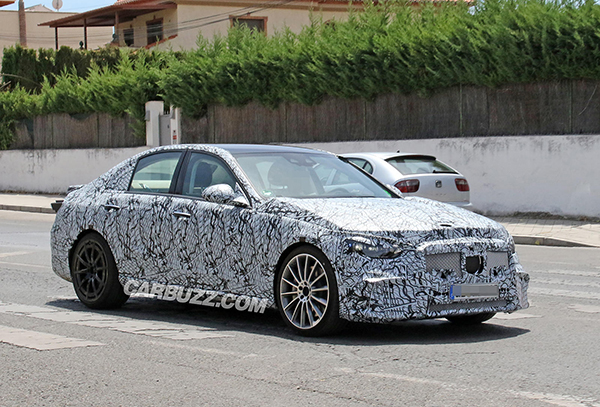 But don’t get too upset just yet – these are only rumors at this stage and Mercedes-AMG may yet follow its own convention and replace the C43 with the C53. Whatever it’s called, it’ll use a 2.0-liter turbocharged four-pot. If this mill is carried over unchanged from the AMG CLA45 (which should be the A53, in our opinion), you’ll get up to 416 horsepower and 369 lb-ft of torque. That’s already a 31-hp gain over the V6 in the outgoing C43, although torque is down by 15 lb-ft. Fortunately, all new C-Class models are getting the mild-hybrid treatment, so that torque deficit will be accounted for and compensated for thanks to electricity. 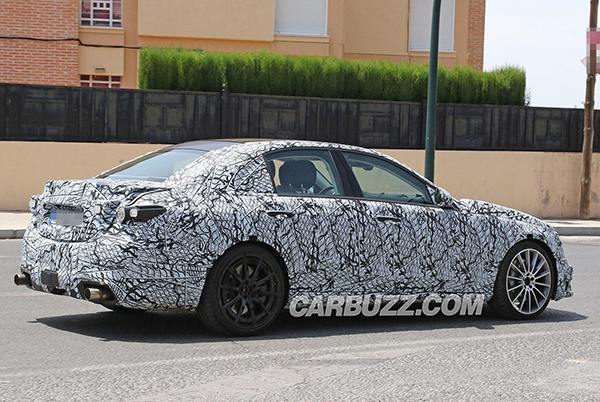 There’s also the possibility that this new C45 or C53 will be exclusively available as a sedan. Mercedes is planning to slim down its two-door offerings, and a lower-output coupe or convertible C-Class AMG model would be a niche offering that wouldn’t make sense. Then again, not calling the mild AMG model the C53 wouldn’t make sense either, and we’ve been surprised by the decisions automakers have made in the past. Of course, the badge on the back won’t matter one bit if the new AMG models don’t fully fill the void left by the now endangered AMG V8 and V6.