Introduced in early 2014 before getting a midlife facelift roughly four years later, the current-generation Mercedes C-Class is unsurprisingly approaching the end of its life cycle. The W206 will premiere sometime next year and has already been spied in multiple guises, varying from the standard sedan and wagon all the way up to the hot AMG versions. 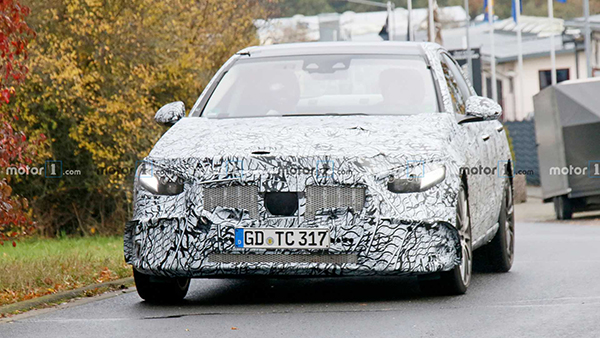 Our omnipresent spies have returned with a comprehensive batch of images depicting an early prototype of the “AMG Lite” derivative since this isn’t the full-fat 63 model. We’re tempted to believe it’s not the C43 since Mercedes previously suggested the next-generation C-Class would spawn a C53 model. That would be a logical step to take as it would mirror the short-lived E43 that had to make way for an E53 in 2018. 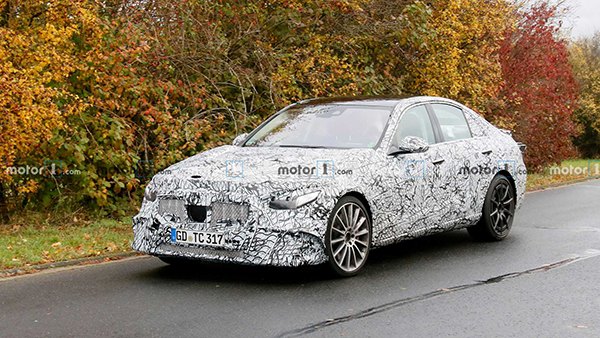 Naming aside, this prototype looks a bit weird. Not only does it have mismatched wheels, but it also features provisional taillights and we’re tempted to believe the headlights are also placeholders even though they look more production-ready. The front vented brake rotors and AMG branding on both wheel designs are telltale signs this isn’t a run-of-the-mill C-Class. 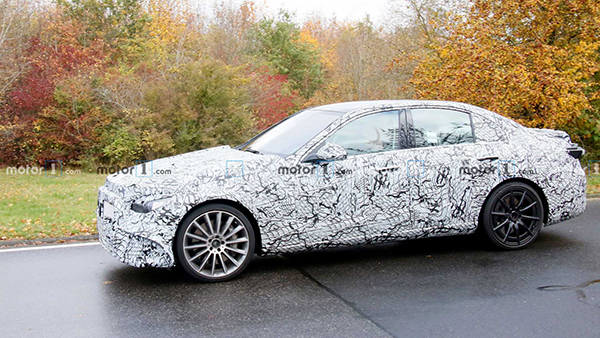 Perhaps the most obvious clue we’re dealing with a high-performance C is at the front where we notice the vertical slats of the Panamericana grille hiding behind a mesh camo pattern. Remember when the 1950s-inspired grille was exclusive to the AMG GT R? Well, those days are long gone as it has trickled all the way down to the “45” models with their four-cylinder engines. 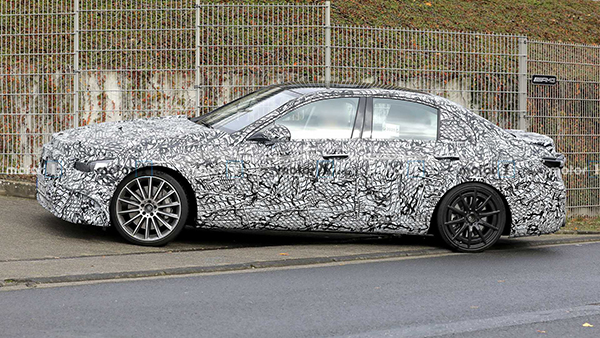 Speaking of which, the first-ever C53 is also rumored to adopt a 2.0-liter gasoline engine to replace the C43’s six-cylinder unit. As a matter of fact, even the mighty C63 is expected to downsize from a brawny V8 to a four-pot. The two future AMG C-Class models will allegedly employ an upgraded version of the M139 unit from the “45” cars where it makes 416 hp (310 kW) and 500 Nm (369 lb-ft) in the range-topping S models. 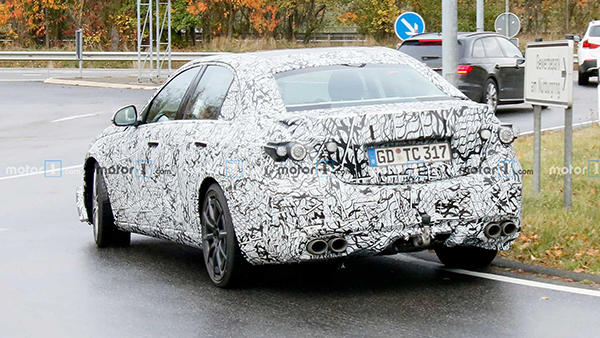 This horsepower number already eclipses that of the C43, which has a twin-turbo 3.0-liter V6 with “only” 385 hp. On the flip side, the six-cylinder has slightly more torque (20 Nm / 15 lb-ft). Reports say the boys and girls from Affalterbach will massage the 2.0-liter unit to extract more oomph, so we won’t be too sad if the six-cylinder will indeed be phased out.