With the Mercedes lineup being so vast, there always seems to be a facelift or a next-generation model around the corner. It’s been more than two years since the C-Class (W205) got the typical mid-cycle updates, which means work is well underway at the completely revamped model expected to debut sometime in 2021. Our spies have now caught a version that might not be available from day one as we’ve been told this is an AMG flavor. 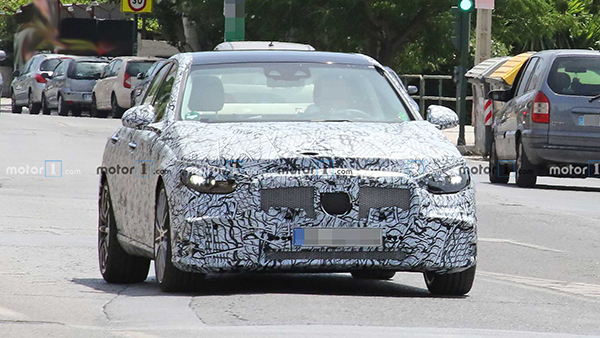 The wider tracks at both axles corroborated with the chunky brakes at the front could be signs of an AMG C53 variant bound to replace today’s C43 model. While the dual exhaust tips might suggest it’s a lower-spec trim, the prototype appeared to have a provisional setup with fairly large tips. The extra camouflage on the trunk lid could be there to hide a subtle spoiler as seen on the current C43 sedan and coupe models. 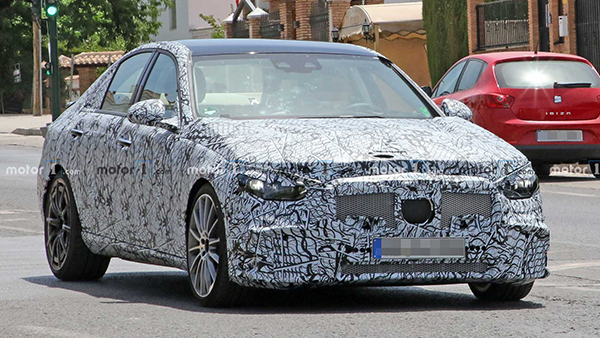 It goes without saying the mismatched wheels won’t be found on the production-spec model, and we can say the same thing about those basic taillights. You can tell the rear lights extend onto the trunk lid like on many other recent Mercedes sedans as those reverse lights flanking the license plate are fully exposed. 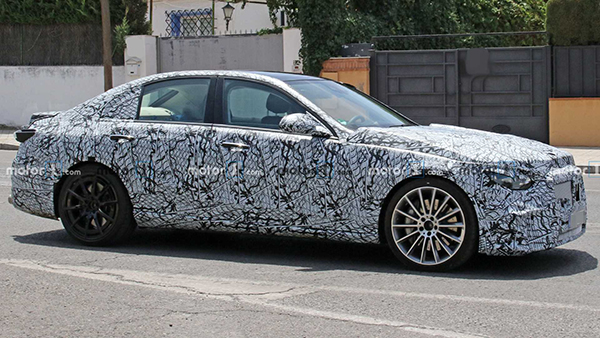 While this particular prototype seems to be lacking the Panamericana grille (or it hides it very well), the final variant of the C53 is expected to feature the menacing front grille with multiple vertical slats inherited from nearly all of the other AMG models. Even the A45 has adopted this look, so it’s safe to say the larger and more expensive C53 will adopt the Panamericana grille. 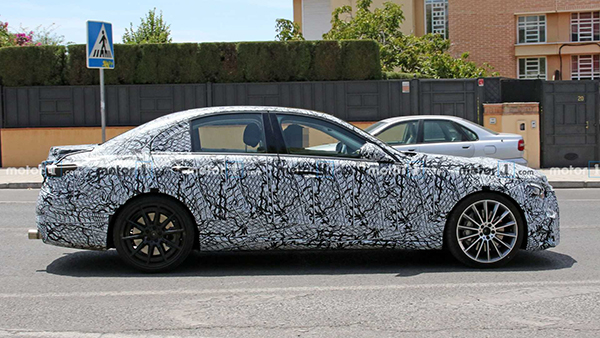 Speaking of the A45, it will reportedly share its turbocharged 2.0-liter gasoline engine to replace the C43’s twin-turbo 3.0-liter V6. Affalterbach’s skilled engineers are expected to throw some electrification into the mix to compensate for the downsized powertrain. A minor bump in horsepower and torque over the existing 385 hp and 384 lb-ft (521 Nm) is expected despite the smaller engine. 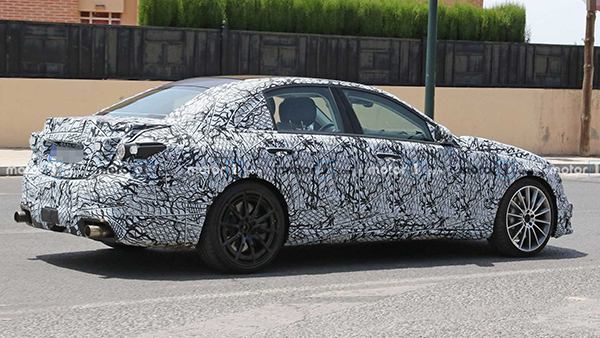 The wraps should come off towards the end of 2021 considering the standard C-Class (W206) is expected in the first half of next year. As for the range-topping C63, that one too is rumored to downsize to an electrified four-banger and is likely due to arrive in 2022. 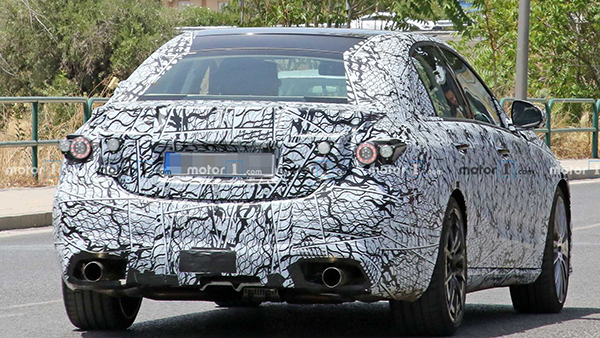 It will be interesting to see if the next-generation C-Class in AMG spec will be blessed with the recently announced electric turbocharger co-developed with Garrett Motion to effectively eliminate turbo lag.