Mercedes-AMG lineup has grown significantly, but none of the models have been quite as interesting as the GT. 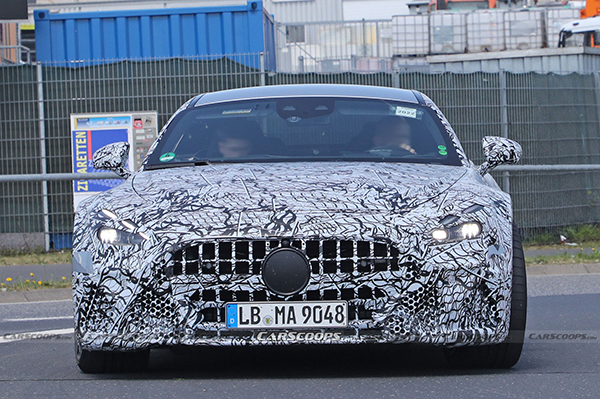 Originally introduced in 2014, the GT was focused on performance and that trend will continue with the redesigned model which was recently spied undergoing testing on the Nürburgring.

While the model was developed alongside the new SL, the GT features a unique design with evolutionary headlights and a fixed roof. The model also has slimmer taillights and a more practical rear hatch than its convertible counterpart. 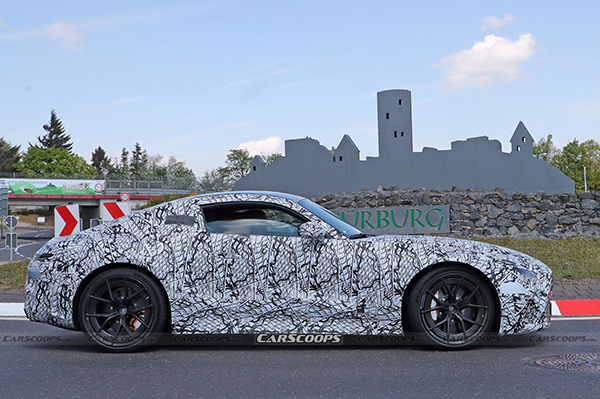 Of course, the differences are only part of the story as the GT also has flush-mounted door handles and lightweight wheels that are backed up by a high-performance braking system. They’re joined by a four-tailpipe exhaust system and a rear spoiler.

Spy photographers haven’t gotten a good look inside yet, but the cabin will presumably echo the SL. This means we can expect a 12.3-inch digital instrument cluster and an 11.9-inch infotainment system with a portrait orientation as well as the ability to electrically adjust its inclination from 12 to 32 degrees. However, one thing that may not carryover is the SL’s 2+2 seating configuration as the GT could remain a two seater. 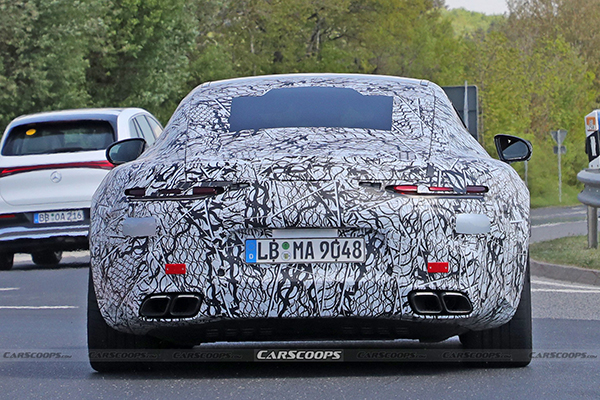 Spy photographers have also snapped a plug-in hybrid variant that is expected to follow in the footsteps of the GT 63 S E Performance four-door coupe. It features a twin-turbo 4.0-liter V8, a rear-mounted electric motor, and a 6.1 kWh battery pack. This setup gives the car a combined output of 831 hp (620 kW / 843 PS) and more than 1,032 lb-ft (1,400 Nm) of torque.

Mercedes-AMG has been tight-lipped about timing, but the redesigned GT is expected to be introduced later this year or early next year.