It’s rather hard to tell who’s exactly first at bestowing tuning enhancements in a constantly evolving world of endless aftermarket possibilities. Still, Wheelsandmore might have that honor with its new package for the ecstatic Mercedes-AMG GT Black Series. And it’s not even that pricey when comparing it to the supercar’s official tag.

If you have a sports coupe that sells for more than $300,000 and hailed as the fastest production vehicle to ever lap the perilous Nurburgring, you would think nothing needs changing. Just take delivery and you’re all set.

But Wheelsandmore wants to change that mindset by introducing the first tuning package for the Mercedes-AMG GT Black Series. Called the Underdock center-lock adapter system, the German tuner amps the GT Black Series’ appeal further by offering a set of forged rims with central locking. 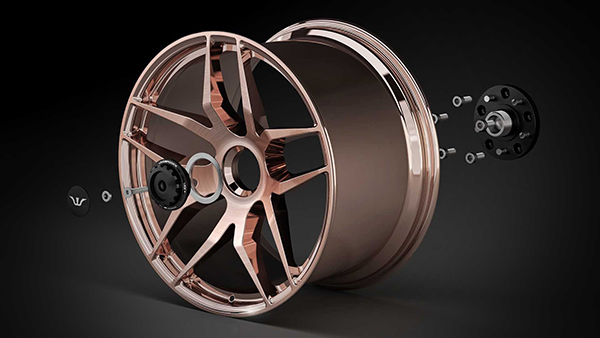 Even better, the Underdock center-lock adapter system comes with an aluminum-magnesium alloy central-locking nut, which allows you to switch wheels between cars without the need to change the whole hub. That means it can turn any vehicle, including the top-dog in the Mercedes-AMG GT lineup, can accept center-locking wheels.

As for the rims, Wheelsandmore’s forged 20-inch alloys come with a twin five-spoke design that comes in a variety of colors. The company, however, doesn’t limit you with their offerings; you just need to ask. Then again, each of the current rim designs offered only weighs around 9 to 12 kilograms (20 to 26 pounds).

The aftermarket upgrades don’t stop with just the rims. Wheelsandmore also increased the engine output to 789 horsepower (588 kilowatts) and 641 pound-feet (870 Newton-meters) of torque by updating the control unit. This effectively increases the unit’s top speed to 209 miles per hour (336 kilometers per hour).

Of course, with more power comes the need for a better set of brakes, which Wheelsandmore complied with carbon-ceramic disc brakes and special pads. The upgrade is claimed to have a 50 percent higher coefficient of friction than stock. The outfit will also be offering a sport exhaust system, though information is scarce at this point.