There’s no denying the 2021 Mercedes-AMG GT Black Series is a lust-worthy piece of automotive engineering. It’s only the sixth AMG car to get the Black Series treatment. That means the AMG engineers in Affalterbach, Germany, have focused their efforts on creating a special car with the absolute maximum amount of performance possible within the limits of street legality. 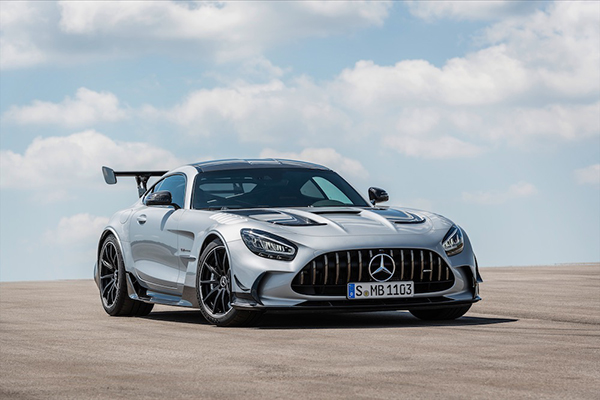 Under the hood is a 4.0-liter twin-turbo V8 with a flat-plane crank, active aerodynamics, coilover suspension with adaptive adjustable dampers, and carbon-fiber used everywhere it can be. The engine makes 720 horsepower and 590 lb-ft of torque, and it sticks to the road like week-old chewing gum to the pavement. The only fly in the ointment is that it will cost a whopping $389,000 in the US.

The Black Series is the most powerful AMG GT model yet. It draws on experience gained from the AMG GT3 racing car program to create a drop-dead gorgeous road-legal race car. According to AMG, the Black Series will hit 0-60 mph in 3.2 seconds and has been clocked at 202 mph. That fearsome performance and track-honed engineering put the AMG GT Black Series up against a select amount of competition, including the next iteration of the Porsche 911 GT3 RS. It will also, undoubtedly, be a limited production vehicle and likely only offered to the most loyal of Mercedes-AMG customers. 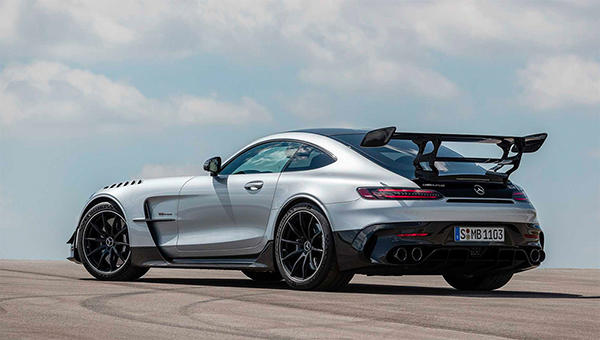 Mercedes-AMG will sell every GT Black Series model it makes. As a collector’s piece, it will absolutely be worth the money. Still, we wonder if it’s worth paying almost double the cost of an AMG GT R Pro. It features a lot of the same race-inspired enhancements to go with the already magnificent 4.0-liter twin-turbo V8 engine making 577 horsepower and 516 lb-ft of torque.

The numbers on the Black Series are much higher, but the AMG GT R Pro made it around the Nurburgring in a frantic 7 minutes and 04.632 seconds and priced in at $199,650. That’s almost half the Black Series’ price, but we’re not convinced the Black Series is twice the car.

Doing some car enthusiast math, which everyone knows is always super-accurate, we figure you could buy an AMG GT R Pro and be more than happy. But, you could instead buy an AMG GT R Pro, build a three car climate controlled garage and a nice Mercedes SLC Final Edition for when you want to actually see the scenery you’re driving through.