A third of all Black Series models built by Mercedes and AMG got together in a video courtesy of famous YouTuber Shmee150 who brought his very own SLS Black Series to meet its spiritual successor. The two had a tête-à-tête in Affalterbach, the heart of AMG, showing some massive design differences the Black Series has gone through since the ultimate SLS was released towards the end of 2012.

The sixth member of the BS family adopts significantly more aggressive styling with extreme aero that makes you wonder how Mercedes-AMG managed to keep it road legal. By comparison, the SLS AMG BS has a considerably less striking design, although that all changes once you open the spectacular gullwing doors. 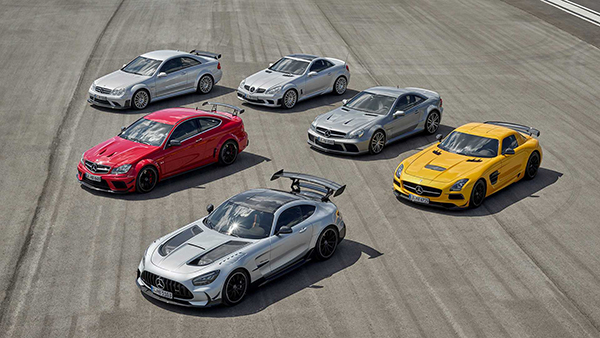 While some will prefer the cleaner design of the old model, every single add-on implemented on the latest Black Series is there for a reason. Whether it was installed to boost aero, lower weight, or improve cooling, the range-topping GT looks the way it does for a purpose – to offer maximum on-track performance.

Having owned a GT R, GT R Pro, and soon a GT R Roadster, it’s safe to say Shmee150 has a soft spot for AMG’s two-seater sports car. His SLS AMG Black Series finished in Mystic Blue originally came painted in Himalayas Gray, which is somewhat similar to the High Tech Silver the new Black Series featured in all the official images and videos. 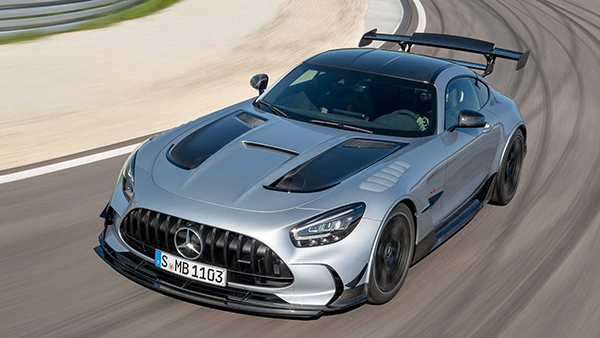 While the performance improvements might not necessarily seem all that impressive on paper, corroborate the new engine with active aero and other upgrades adapted from the GT3 race car, and you’ll end up with a much quicker car around the track. How quick? We’re keeping our fingers crossed Mercedes-AMG will go after the Nürburgring lap record to dethrone the Lamborghini Aventador SVJ (6:44.97).