Back in May 2021, the Three-Pointed Star of Stuttgart decided to investigate the issue based on field reports from jurisdictions outside of the United States of America. The said reports allege “various different instrument cluster messages pertaining to the vehicle dynamic control system functions.” Come July 2021, the company singled out wiring harness damage. The issue could not be limited to certain production batches, which is why MBAG decided to call back 172 U.S.-spec models. 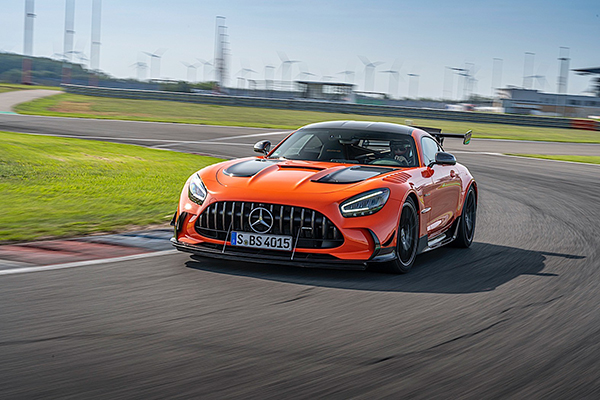 The German automaker became aware of the first U.S. field case in August 2021. Merc says that no associated personal injuries or third-party damages have been reported in connection with the wiring harness deviation. Authorized retailers have already been informed of the recall, and their job is to replace both the speed sensor harnesses at no cost to the customer.

Owners will be notified of the recall campaign on March 29th.

Since October 2020, just over 1,700 examples of the Black Series rolled off the assembly line in Sindelfingen. Priced at 335,240 euros in Germany, which is roughly $382,885 at press time, the GT BS differentiates itself from the GT R and lesser variants in two key areas. First and foremost, it’s rocking a special version of the M178 twin-turbo V8. Codenamed LS2, the 4.0-liter mill has a flat-plane crankshaft instead of a cross-plane design.

Rated at 750 ps (740 horsepower) and 800 Nm (590 pound-feet) of torque from 2,000 through 6,000 revolutions per minute, this lump is complemented by an extreme aero package. From a two-stage aerofoil concept out back to almost full underbody paneling, this fellow means business. Capable of hitting 325 kilometers per hour (202 miles per hour), the Black Series flaunts road-legal track tires that only work in the dry.