After years of rumors and spy shots, Mercedes-AMG unveiled today its beastly Black Series as the sixth model to ever get the sought-after badge. It’s billed as being the “absolute pinnacle of the AMG GT family” and has some impressive numbers to back up that statement courtesy of its flat-plane crank 4.0-liter V8 twin-turbo engine.

We won’t go through the specs all over again as we’re instead having a look at the coupe’s wild aerodynamics. Two videos released by Mercedes-AMG put an emphasis on the radically designed Black Series with its active aero and cornucopia of air vents. Absolutely everything concerning the design is fully functional to make the range-topping GT as sleek as possible and reroute air in the most efficient way. 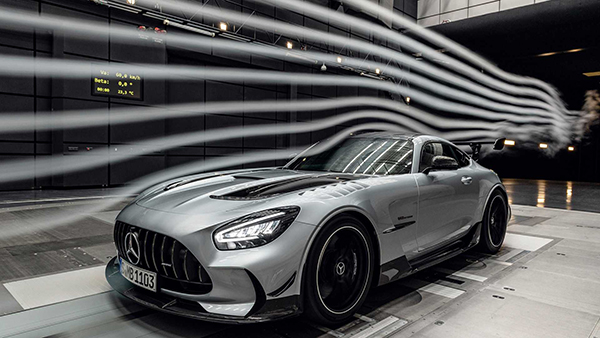 Generating a remarkable downforce of above 400 kilograms at 155 mph (250 km/h), the Black Series uses a giant rear wing with active aero elements. The movable flap in the upper blade is electronically adjusted by 20 degrees depending on the driving mode, with the flat position reducing air resistance to enable a higher top speed. When it’s in the inclined position, top speed takes a hit to prioritize stability by putting more downforce at the rear axle. 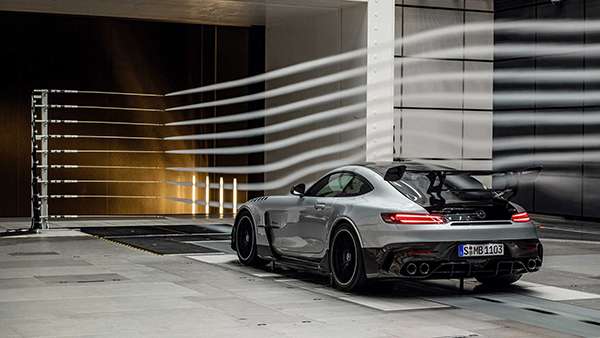 The flat underbody is almost fully paneled and even has built-in fins to channel air to the rear diffuser. For the Black Series, Mercedes-AMG took a page out of the GT3 race car’s playbook while making sure the car remains fully road legal. Even the front splitter made out of carbon fiber can be adjusted for road or track use in another example of the “form follows function” principle. 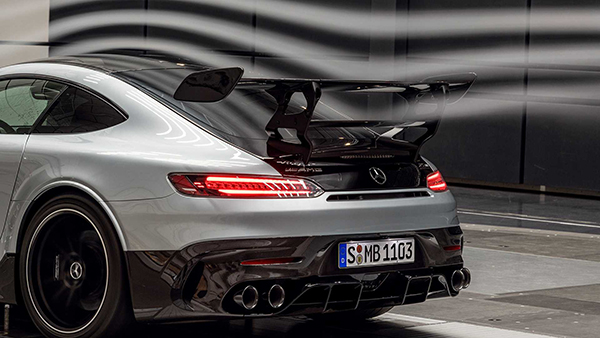 Aside from making the body as slippery as possible, the boys and girls from Affalterbach also bathed the Black Series in carbon fiber to shave off excess weight. It’s been used for the vented hood, front canards, roof, side sill panels, tailgate, and rear apron. Even glass in the windscreen is slightly thinner to remove unnecessary weight, while the carbon fiber bucket seats, transmission mount, and driveshaft further contribute to the diet. 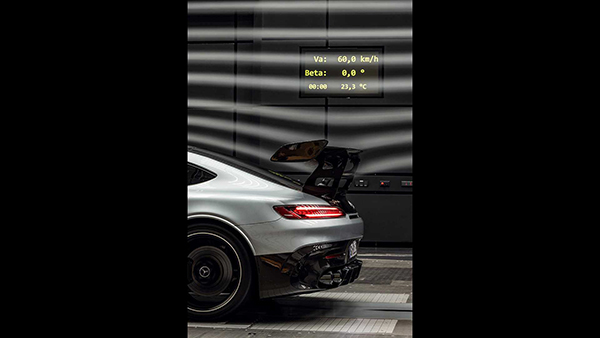 Pricing for the hardcore GT hasn’t been announced, but the order books are set to open later this month, with deliveries starting this fall. Autocar believes UK buyers will have to pay more than three times the cost of the entry-level GT. If that holds true for the US market where the base GT starts off at $115,900, we’re looking at a sticker price for the Black Series of well over $300,000. Up until now, the most expensive version of them all was the GT R Pro, at $200,645.