The Mercedes-AMG GT lineup has blossomed in recent years and it currently encompasses four versions, each offered as a coupe or roadster. While the family is still quite small compared to the vast Porsche 911 lineup, the folks from Affalterbach are about to add a new member. Positioned above the already intense R variant, the new Black Series will be revealed later this year. Meanwhile, there’s still some testing that needs to be done and where better to work out all the kinks if not at the Nürburgring? 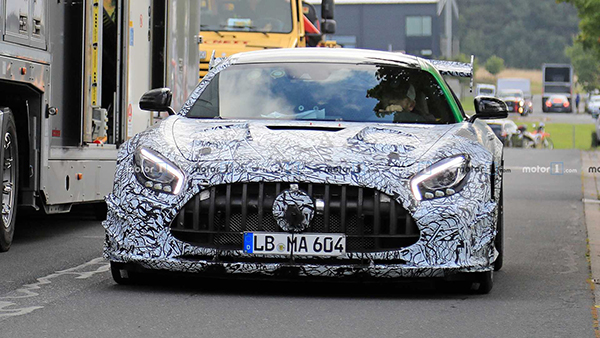 Looking as wild as you’d expect from a fully fledged supercar, the Mercedes-AMG GT Black Series has some crazy aero with a giant rear wing that makes the one installed on the R look tame. Those stacked exhausts on each corner of the rear bumper will make you think of the Lexus RC F, and while it doesn’t look production-ready, the configuration of the tips will likely remain the same. 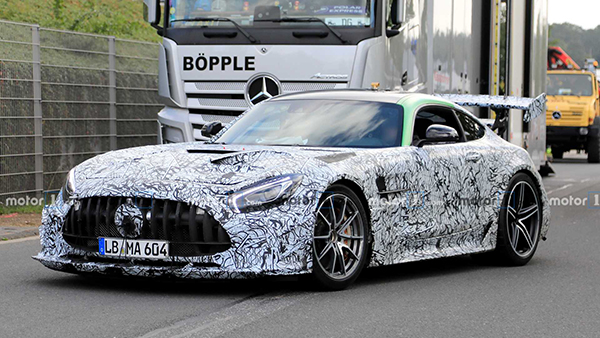 Beyond the revised aero, we’re expecting the Black Series to go on a diet compared to the R. A more generous use of carbon fiber and a less fancy interior could contribute to the diet, along with some other upgrades to make sure the Black Series will annihilate its rivals on a race track. Achieving this goal will require upgraded brakes, a revised suspension, and a re-tuned chassis. 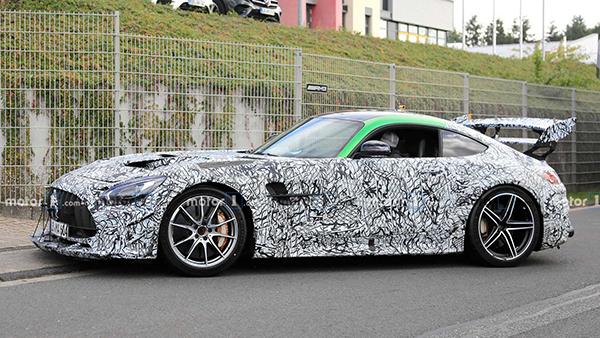 Underneath those supersized hood air vents will be a twin-turbo 4.0-liter V8, but not the one we’re all familiar with because AMG’s boss Tobias Moers has said it’ll be a newly developed engine. While the block and cylinder heads will be taken from the M178 V8, the boss from Affalterbach mentioned in an interview last year that it would be a different engine and “not a typical AMG V8.” 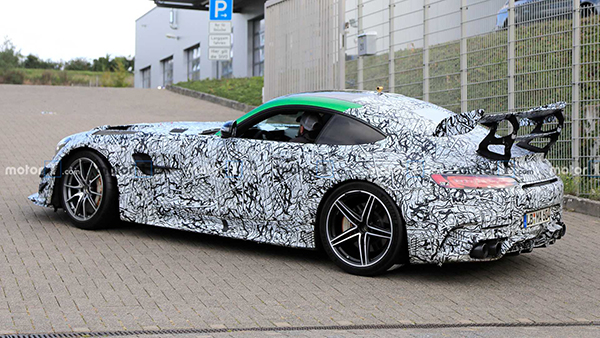 We know straight from the horse’s mouth that it won’t be electrified, and AMG has hinted the Black Series will be on the same level with the Porsche 911 GT2 RS, so we’re probably with dealing with roughly 700 horsepower. The engine is perhaps the biggest mystery surrounding the range-topping AMG GT seeing as how Moers also said at one point that “we never did something like this with an engine before – for AMG it’s the first one.” 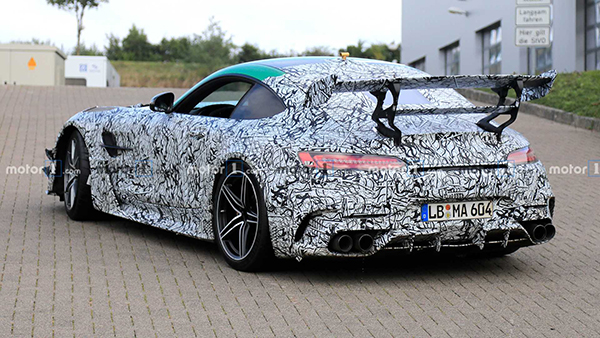 The return of the Black Series will take place in the months to come when the high-performance machine might go after the title for the fastest production car at the Nürburgring. Moers suggested an attempt could take place in order to improve the 6:44.97 time achieved by the Lamborghini Aventador SVJ.